The Coen Brothers’ remake of the 1969 Henry Hathaway picture, True Grit, starring Jeff Bridges, is both entertaining and shockingly superior to the original with John Wayne.

With a darker and more humorous approach, Bridges now takes the Wayne role of Reuben “Rooster” Cogburn, an obnoxious alcoholic U.S. Marshal, hired by a young, feisty Mattie Ross (Hailee Steinfeld) to hunt down her father’s killer, Tom Chaney (Josh Brolin), with a tag along Texas Ranger, played by Matt Damon.Set in the late 19th-century Arkansas, the film is a journey through an age of violent gunslingers, where the law is as ruthless as the criminals.

The new adaptation of the Charles Portis novel exceeds all expectations and showcases an amazing, transformative performance by Bridges.

Steinfeld shines as Ross cracking zingers, even when the tensions are high.

The screenplay features dynamic and bizarre characters to be used as props for Rooster and Mattie’s manhunt.

While the ending is powerful and similar to the original, the Coens hit a home run. Sacrifice and tragedy are treated as impactful human experiences, setting up an finish you can’t miss.

True Grit ranks high on the re-watchable list as well. The dialogue is fast, cutting and certain to make you smile, so consider turning those subtitles on.

Fans of westerns may be thrilled to watch an adventure worthy of time that doesn’t include Clint Eastwood. 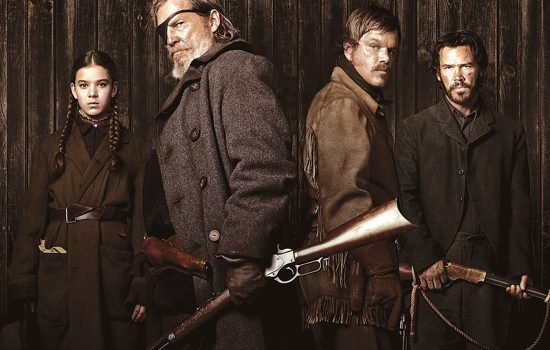