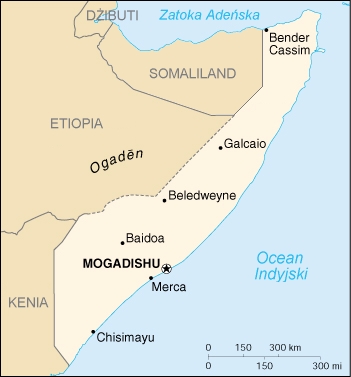 For the first time since President Joe Biden took office, on Tuesday the Pentagon conducted an airstrike in Somalia against al-Shabaab, a terrorist group linked to Al Qaeda.

This was followed by another airstrike on Friday. These are the first of Biden’s tenure and the first strikes on Somalia since January 19, the day before President Trump left the White House.

Pentagon spokeswoman Cynthia King confirmed the strikes and said, “There were no U.S. forces accompanying Somali forces during this operation. U.S. forces were conducting a remote advise and assist mission in support of designated Somali partner forces.”

A battle-damage assessment is still pending due to the ongoing engagement between al-Shabaab and Somali forces, however the command’s initial assessment is that no civilians were injured or killed as a result of this strike as the strike targeted known al-Shabaab fighters and took place in a remote area.

“This strike was conducted under collective self-defense authority and targeted al-Shabaab fighters engaged in active combat with our Somali partners,” said U.S. Marine Corps Brig. Gen. Thomas Savage, U.S. Africa Command deputy director of operations. “We are committed to supporting our Somali partners as they fight against these terrorists.”

“Collective self-defense”? What does that mean? That is one of many questions Mogadishu born, Minnesota Congresswoman Ilhan Omar asked in a letter to the Biden Administration.

“I know that your Administration is undergoing a review of the drone program, and I appreciate the seriousness with which you have approached the vexing legal, moral, and policy problem of the ongoing drone program,” Rep. Omar wrote. “Public reporting on Tuesday’s strike indicates that the White House has rejected requests for other drone strikes in Somalia since you took office, but that AFRICOM assesses the White House didn’t need to approve this strike because it was justified by “collective self-defense.”

Under the Trump Administration, airstrikes in Somalia increased dramatically with no apparent gains in either weakening Al-Shabaab, advancing Somali security and stability, or pursuing American interests in the region. On the contrary, the increase in strikes corresponded with an almost doubling of terrorist attacks on civilians committed by Al-Shabaab. It is critical that we realize we are not going to simply drone the Al-Shabaab problem to death, and that any kinetic action is part of a broader strategy focused first and foremost on the security of Somali people and the stability of the Somali state.

I request a prompt response to the following questions. I am happy to make myself available for a classified briefing if necessary.

2021-07-25
Previous Post: Hong Kong man diagnosed with rare case of silver poisoning
Next Post: Sen. Rand Paul told to ‘Get F****d’ by filthy mouth constituent, Must people be this rude?