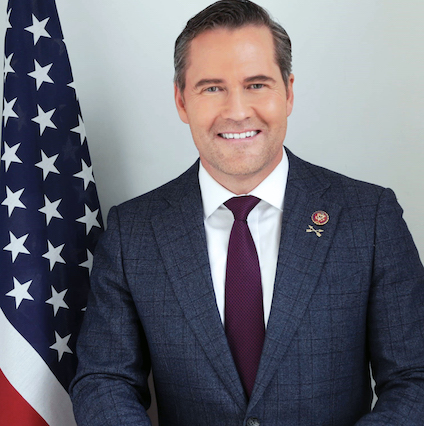 Waltz, a National Guard Colonel appearing on Wednesday morning’s Fox and Friends, said the show of force was necessary to ensure protests stay peaceful, and that the National Guard stood ready to assist in restoring order.

Waltz noted the Guard works for the governors, who will “deploy and support much like our mission to support border security” to help law enforcement with “logistics, transportation, and other tasks.”

But the President of the United States has ultimate authority if lower authorities fail to act, he said.

“Many of these mayors and governors are tying law enforcement’s hands and not letting them do the job they need to do to restore law and order in this country,” Waltz said. “I think the President’s message to governors and mayors is that if you’re not going to step up, he will and he will have to.”

“He does have authority to federalize the National Guard and also send in active duty troops,” Waltz said. ” The rest of America has rights too”

“This rioting, looting, and violence has to got to stop one way or another,” he added.

Waltz is a U.S. House Representative from the east coast, 6th congressional district, representing the citizens of Daytona, Deltona, Palm Coast (and other surrounding areas) in Washington.

Trump was criticized for stating that governors were “fools” if they did not deploy National Guard troops.

“Most of you are weak,” Trump said. “You have to arrest people.”