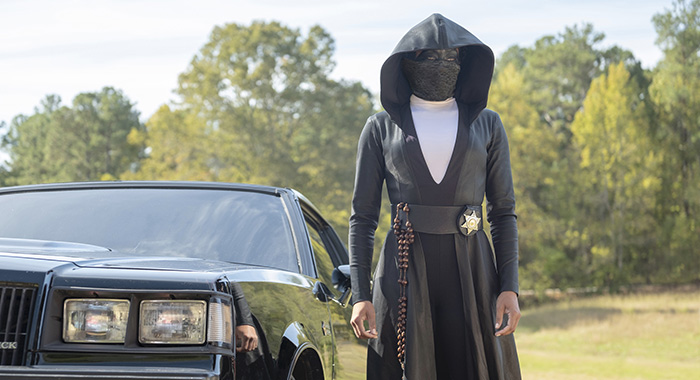 Watchmen TV Series starts slow with the focus on racism, white supremacy and the KKK

While the 1986 comic book series was a pop culture phenomenon, the 2009 film by Zack Snyder failed miserably at capturing the human sensibilities, humor and divided fans greatly over a modified ending. Now HBO takes a stab at enhancing the universe by conflating race relations in the Watchmen context.

After a horrific scene in 1921 Tulsa, Oklahoma (Greenwood of Black Wall Street Massacre), a re-framing of black success and the brutality of the KKK leaves just a lone boy alive. Then the story advances to 2019 where that boy is now a police officer, attacked and shot during traffic stop after seeing a Rorschach mask in the glove box.

Rorschach is now a symbol of white supremacy, police wears masks, Robert Redford has been president for decades, squid falls from the sky without explanation and Doctor Manhattan in on Mars. The is the world of Watchmen...now.

Angela Abar (Regina King) hunts down the shooter under her alter-ego, Sister Night, capturing The Suspect, who is interrogated by Looking Glass (Tim Blake Nelson), and ultimately leads to a police attack on this new neo-Nazi group called the Seventh Calvary. Judd Crawford (Don Johnson) leads this new police force and mentors Angela. 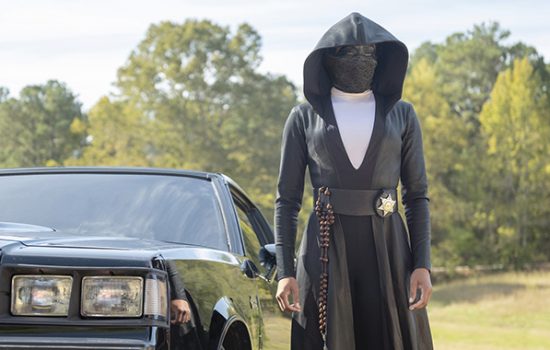 Tragedy and backstory fills the first two episodes, painting a narrative around racist tropes: the black woman is the responsible parent with the white just taking a check instead of seeing the kids; a sea of white trash families in a trailer park portrayed as the new ghetto; or the multitude of references to political topics, such as reparations and secret KKK members.

The Watchmen attempts to build on the world of the original 1986 comic book series by Alan Moore, Dave Gibbons, and John Higgins. While set in that same world, presumably a direct sequel, executive producer Damon Lindelof (The Leftovers) misses anything interesting in this introduction to the series.

Watchmen wastes no time to virtue signal to the leftist belief of widespread systemic racism as Crawford tells the police assembly they “thought they were gone” and references to white supremacy fill the time during just the first thirty minutes of episode one. There is even a jab at Ben Shapiro, popular conservative host, author and speaker, as the leader of the Seventh Calvary mentions “liberal tears,” a phrase Shapiro made popular.

In episode two, Angela unearths the hidden KKK garb in Judd’s closet as the nod to distrust ALL whites, anyone of them could be clansman… beware.

Jeremy Irons has a mysterious role (at this point), playing Adrian Veidt (Jeremy Irons), who is surrounded by clones calling him Master. He forces them into a rendition of his play, titled, The Watchmaker’s Son, re-enacting Jon Osterman’s transformation into Dr. Manhattan.

At this point, Watchmen is slow, rather dull when not lecturing. The show glosses over the obscure Easter Eggs, but there are several in each of the first two episodes.

Stay tuned for a further breakdown.