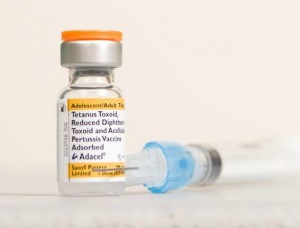 Pertussis, also known as whooping cough, is a highly contagious and vaccine preventable respiratory disease. It is caused by the bacterium Bordetella pertussis.

The Florida Department of Health in Hillsborough County has reported a near doubling of the number of pertussis cases during the first five months of 2016.

According to recently published Reportable Disease Surveillance Data, from Jan. through May 2016, county health officials have seen 32 pertussis cases. This compares to 18 cases reported during the same period in 2015.

Whooping cough spreads easily by coughing and sneezing and mainly affects the respiratory system (the organs that help you breathe).

Whooping cough is very serious, especially for babies and young kids. Whooping cough can cause pneumonia, seizures, brain damage, and death. Babies younger than one year of age who get whooping cough may be hospitalized or even die.

Whooping cough is generally treated with antibiotics. It’s important to start treatment as soon as possible to help keep from spreading the disease to others. Early treatment can also make the symptoms end sooner and be less severe.

Getting vaccinated is the best way to lower the risk of getting whooping cough. It’s important to wash your hands, cover your cough, and stay home whenever you’re sick.