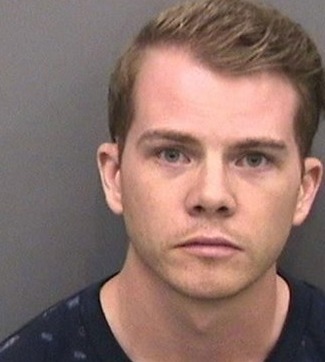 According to investigators, Samuel Armand Sutter began a sexual relationship with a female juvenile victim in October 2015. The relationship began as he was the youth pastor at the church the victim attends and escalated to numerous sexual encounters.

The victim disclosed the information to her mother, after the mother discovered sexual pictures, videos and texts exchanged between the juvenile and Sutter.  The mother then contacted the sheriff’s office.

The sexual encounters occurred primarily at Sutter’s residence, but also occurred twice at the ladies restroom located at Openwater Church.

Sutter is charged with five counts of lewd and lascivious behavior with a victim age 12 to 16 and five counts of sexual battery.
Openwater Church says it conducted a criminal background investigation on Sutter before he was hired, checking with his previous employers at a similar job in Minnesota, and speaking with his personal references.

The church says Sutter had been with the children’s ministry for nearly three years, and in that time, he had contact with dozens of children, which is why they are reaching out to current and former members via email to make sure there was no previous inappropriate contact.

“I am not aware of any at this time,” said sheriff’s office spokesman Larry McKinnon, “However, it’s still just been this weekend, so we’re going to keep our ears open.”

Sutter had recently announced his resignation from Openwater to take a similar job at a larger church in Georgia.