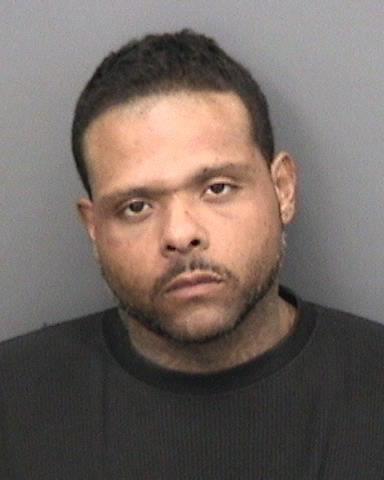 On Thursday evening, Tampa Police Department received a 911 call from a male victim who told dispatch that the suspect, later identified as Robert Beausejour, was trying to kick in the door at 1606 E. North Bay St.

Officers responded and observed Beausejour standing on the passenger side of a black vehicle. Upon sight of law enforcement, Beausejour fled northbound through yards. Officers were told by a witness, a pregnant female, that there was a person in the black vehicle that had been shot.

Officers found the deceased victim, identified as Jeffrey Negron, with a gunshot wound.

According to the female, she has known Beausejour for approximately three years.

The investigation has revealed that Beausejour eventually forced his way into the residence and confronted Negron. A physical confrontation ensued between Beausejour and Negron.  Beausejour produced a firearm which he used to shoot Negron one time.

An arrest warrant was issued for Beausejour.  On 12/06/19, members of the Tampa Police Department’s Fugitive Apprehension Unit located Beausejour at 4109 Eastridge Drive, Valrico, Florida.  He was arrested without incident.

He has been charged with Murder, Felon in Possession of a Firearm, Armed Burglary, and Tampering with a Witness.