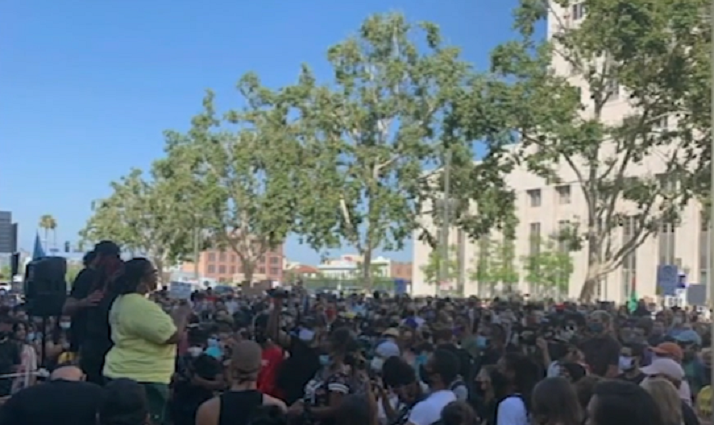 Gov. Gavin Newsom ordered 19 counties with surging coronavirus outbreaks to close indoor restaurants, wineries, movie theaters and other venues Wednesday, saying California must act to keep the pandemic from spiraling out of control.

“The act of singing, itself, might have contributed to transmission through emission of aerosols, which is affected by loudness of vocalization,” the statement added.
“Places of worship must take reasonable measures to remind congregants and visitors that they must use face coverings and practice physical distancing and should frequently wash their hands with soap for at least 20 seconds, use hand sanitizer, and not touch their face,” the order says.

There were no efforts to curb protests with a group of protesters marching in support of the Black Lives Matter on Wednesday, blocking the 110 Freeway, prompting a police response. The video is below. 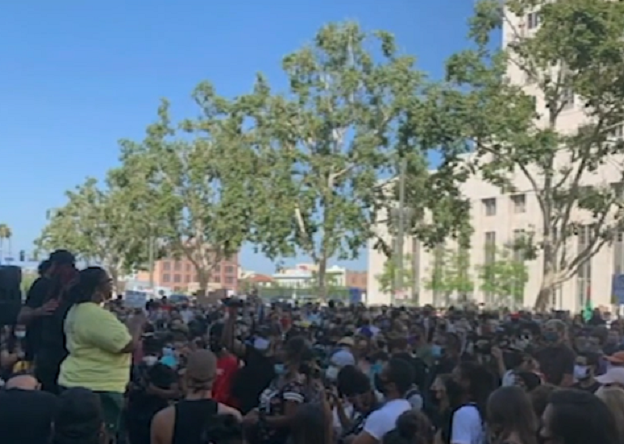 Newsom said the state has directed counties on its “watch list” to reimpose parts of stay-at-home orders, warning that the virus could spread from family gatherings on the Fourth of July weekend.

“Practices and performances present an increased likelihood for transmission of Covid-19 through contaminated exhaled droplets and should occur through alternative methods like internet streaming,” the state’s Department of Public Health announced in an order Wednesday.

The Friday CNN coverage states: “California has had more than 24,000 coronavirus cases. On Tuesday, it announced 6,367 cases, the second highest total for the state since the pandemic began. This has prompted Gov. Gavin Newsom to tighten restrictions.”

It’s unclear where or how CNN arrived at the data. Worldometers notes that 6,497 new cases added on Wednesday, but 9,352 yesterday. California has added over 30,000 in the last four days alone, with a total topping 250,000 today.

Los Angeles county has endured over 107,000 cases and 3,454 deaths at the time of this writing, for worse than any other county.

The efforts to address COVID spread due to protest have focused on reducing jail populations.

The LA Times reported yesterday that “The Los Angeles County Superior Court recently approved a temporary measure setting bail at $0 for most misdemeanors and low-level felonies. The move was intended to reduce jail populations in a bid to slow the spread of the coronavirus.

“But several exemptions permit police departments to hold people on bail for misdemeanor offenses commonly associated with protests, including unlawful assembly and failure to disperse.”

VIDEO REMOVED DUE TO TEXT FILE ERROR VIA SOURCE

2020-07-03
Previous Post: FDA advises consumers not to use hand sanitizer products manufactured by Eskbiochem
Next Post: Homeland Security’s Chad Wolf on attack on George Washington statue, some ‘worship a statue of Vladimir Lenin’