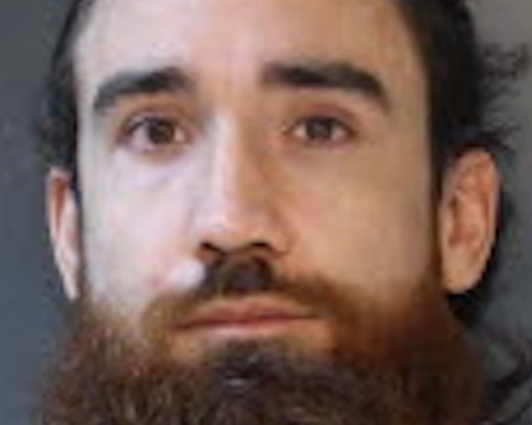 Carl Gamby’s bizarre first day at the Dauphin County motel has resulted in a legal evaluation of the crime of indecent assault.

Gamby, a Harrisburg resident, injected himself with bath salts and fentanyl in a restroom on March 28, 2019 during his first shift as a clerk at the Econo Lodge on Eisenhower Boulevard in Swatara Township.

He then stripped naked and began kissing someone on the neck without their consent.
THE STORY BECAME THE WEIRD NEWS STORY OF THE RECENT NEWS TALK SHOW, HERE – WATCH BELOW

Now the state Supreme Court has agreed to weigh in on whether Gamby, who got high and naked and kissed a female co-worker’s neck on his first day at work at a Dauphin County motel, did in fact commit that crime.

The woman fled to her car. When the cops arrived, Gamby was naked. The incident was captured on the security cameras at the Econo Lodge.

A Dauphin County jury convicted Gamby of indecent assault, plus indecent exposure and possession of drug paraphernalia. He was sentenced to 11 ½ to 23 months in prison.

Gamby appealed to the Supreme Court after the state Superior Court rejected his appeal of his indecent assault conviction this past January.

In the Superior Court’s opinion, Judge Jacqueline O. Shogan backed county Judge Royce Morris’ conclusion that the indecent assault conviction is valid. Morris wrote that Gamby “did not plant a friendly but unwelcome kiss on (the woman’s) cheek. Instead, he wrapped his arm around her neck and kissed the intimate part of her neck.”