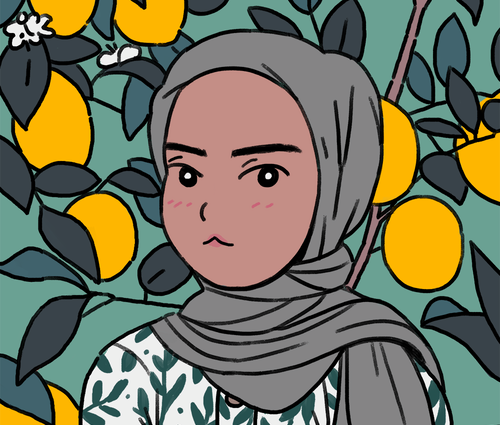 I am sorry to inform you that ShortBox and I will no longer be attending Thought Bubble festival this November. I was invited as a guest in 2020 which rolled over to this year. I have been excited to attend, represent my authors, and share our books with readers after almost 2 years of no conventions. However, as a proud Muslim woman, I cannot in good conscience attend a festival that deems it appropriate to invite and platform Frank Miller, a person who is responsible for the propagation of abhorrent anti-Muslim hate, particularly via his work. Anti-Muslim bigotry is repugnant and condemnable yet has become so deeply rooted, so widely accepted in society that it is not even given a cursory consideration, as evidenced once again in this situation. I cannot comprehend how time and time again, festivals and communities within comics espouse values regarding inclusivity, diversity, ‘comics being for everyone’, zero tolerance on hate, but all that lip-service evaporates when they are asked to enact those same values.

Later they tweeted: “For clarity: I first contacted Thought Bubble about this, privately, 8 weeks ago. After discussions, I was assured action would be taken. This week it’s been communicated to me that I am the acceptable loss: repercussions to my career/income over repercussions to theirs.”

Miller is a rock star in the comic book industry with the aforementioned credits being a meager representation of his work. Shortbox is Zainab Akhtar, the founder and publisher of ShortBox, creating comic book via Patreon donations.

From their site: “Since 2016, ShortBox comics have spanned a litany of genres: horror, romance, sci-fi, fantasy, fable, slice-of-life, humour, instructional, auto-biographical and beyond, from all around the world. We have been nominated for multiple awards- and even won some!”

Notice the lack of evidence or specifics: “Miller, a person who is responsible for the propagation of abhorrent anti-Muslim hate,” referring to his 2011 graphic novel “Holy Terror.”

“I’d say it’s say to see how far he’s fallen but the clues were littered throughout his work. Frank is not a nice person,” responded Mike Wallace on Twitter, later telling another user what Miller “did”: “Besides having a hard right-leaning perspective, his comics have become more openly misogynistic and fascist as time has gone on. “Holy Terror” is a microcosm of all his weird, reactionary views on Muslims and basically anyone who isn’t a jingoistic American.”

Social justice warriors conflate Miller’s STORY (a COMIC BOOK) with real world violence and NOT a commentary on the topic.

“Inviting FM made that space unsafe for you and many other people. Period. And now you and your business has to suffer. Meanwhile he gets the spotlight. It’s disgusting and shameful,” wrote Jamila Rowser.

The accusation is that Miller wrote HOLY TERROR in 2011 and its HATEFUL ISLAMOPHOBIA will be Thought Bubble UNSAFE for SHORTBOX!?!?!

Where could they get and keep these ideas?

Bleeding Cool has abandoned neutral or object coverage, becoming a shill for leftist ideals, describing Miller’s work as “Frank Miller’s graphic novel response to the events of 9/11, Holy Terror, is a virulently Islamophobic one. Originally planned as a Batman comic, it was rejected by DC Comics, and was redrawn to feature other, very similar, characters, and published by Legendary Comics in 2011. It repeatedly treats all Muslim characters as murderous, genocidal all-powerful terrorists, as if it were in their very nature, while the lead character engages in explicitly violent revenge against them in a diatribe full of Islamic symbology.”

Miller explained this tone with The Guardian in the wake of 9/11: “My stuff always represents what I’m going through. Whenever I look at any of my work I can feel what my mindset was and I remember who I was with at the time. When I look at Holy Terror, which I really don’t do all that often, I can really feel the anger ripple out of the pages. There are places where it is bloodthirsty beyond belief… I don’t want to go back and start erasing books I did. I don’t want to wipe out chapters of my own biography. But I’m not capable of that book again.”

The author of an artistic creation explained his cathartic process in writing HOLY TERROR after this horrible terrorist attack.

Bleeding Cool published a list of Twitter commenters who claim they wouldn’t attend Thought Bubble and Miller is a malignant blot on society.

So, Miller has canceled.

Miller doesn’t need to do conventions, but likely would enjoy the fan interaction after a shutdown year.

Over the last fourteen years Thought Bubble has grown into an amazing community of comic creators and fans who we love, trust and respect. We have let you down, and in our commitment to maintaining Thought Bubble as a safe space for all, we have fallen short. We exist to share the art form and its worlds with people. If any individual, group or community feels uncomfortable or excluded from our show then we’ve failed. We know that many of you are disappointed in us, and have been expecting a comment on this before now. We are sorry for our silence while we’ve been trying to fix this. Frank Miller will not be attending Thought Bubble.

We are deeply sorry, particularly to those who we should be standing up for the most. We hope that you can give us the opportunity to make this better and we thank you for holding us accountable. We know there is still more to discuss and we will be replying to those who have been in touch, we hope you can bear with us while we do this. We won’t let you down again.

“We are sorry for our silence” and “We are deeply sorry” — bend the knee.

Now the SJWs OWN the THOUGHT BUBBLE and can control the guest lists, the panel content and anything else a random Twitter user might find offensive.