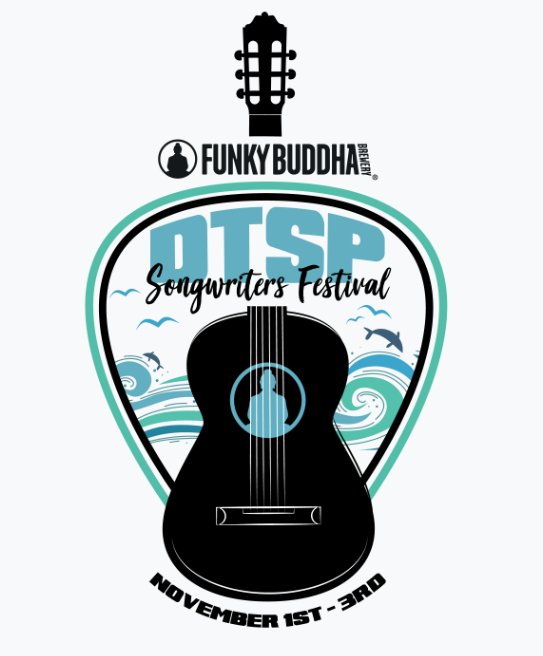 It’s an invitation to experience the stories behind the music that we love. This November, Cox Media Group and BMI (Broadcast Music, Inc.) will partner to host the first-ever Downtown St. Petersburg Songwriters Festival (DTSP Songwriters Festival) presented by Funky Buddha Brewery.

The three-day festival will be held November 1-3, 2019 and will feature some of BMI’s most promising up-and-coming songwriters and hitmakers in intimate live music settings at more than ten venues throughout Downtown St. Petersburg, a fitting location given St. Pete’s vibrant arts and cultural scene.

The announcement was made at a press conference detailing the event earlier today at St. Petersburg’s Duke Energy Center for the Arts/Mahaffey Theater. It featured a rousing endorsement by Mayor Rick Kriseman and a special performance by Grammy Award-winning singer-songwriter, Tim James. Thanks to the combined efforts of Cox Media Group and BMI, the event will allow more than 35 artists to share their songs and the stories behind them in acoustic storyteller-like sets. Performances will also be held simultaneously allowing fans to easily flow between artist experiences and venues.

“BMI is thrilled to partner with Cox Media Group for the Downtown St. Petersburg Songwriters Festival,” said Dan Spears, Vice President of Industry Relations at BMI. “This festival is about bringing people together through music while highlighting the great bars and restaurants that St. Petersburg has to offer. It also gives our talented songwriters a platform to perform and share the stories behind some of their biggest hits while stimulating the local economy and giving back to the BMI-licensed venues who support them. We’re looking forward to three days of great music!”

“St. Petersburg’s fun, funky and eclectic vibe make it a natural home for America’s next great songwriters festival,” said St. Petersburg Mayor Rick Kriseman. “When combined with the city’s art and culture scene, and scenic beaches just a short drive away, the DTSP Songwriters festival is bound to become a destination for visiting fans and locals alike.”

The DTSP Songwriters Festival is largely free to the public to attend, with the exception of a few select shows that will feature headlining artists. Singer-songwriters will be announced and added to the event lineup each month leading into the Festival and a portion of the proceeds from headlining events will benefit the Johns Hopkins All Children’s Hospital Music Therapy Department.

“Creating experiences that connect fans and artists is at the heart of what we do at CMG,” added Dan Connelly, CMG Director of Special Events. “The DTSP Songwriters Festival represents a tremendous opportunity to establish St. Petersburg’s next heritage event while also impacting an organization that is using music to empower children undergoing medical treatment in our community.”

In conjunction with the announcement of the DTSP Songwriters Festival, Cox Media Group will launch Songwriter Radio on the 107.3 HD-2 channel. This station will showcase music from participating event singer-songwriters, featured interviews from songwriters detailing their craft, as well as segments highlighting festival venues and the invaluable contributions being made by the music therapy department at Johns Hopkins All Children’s Hospital.

For more information and event tickets, visit the official event website at DTSPSongwritersFestival.com.

2019-06-01
Previous Post: Straz Center hosts Broadway Star of the Future Awards on June 2 with Eric Peterson
Next Post: Hurricanes and your pets