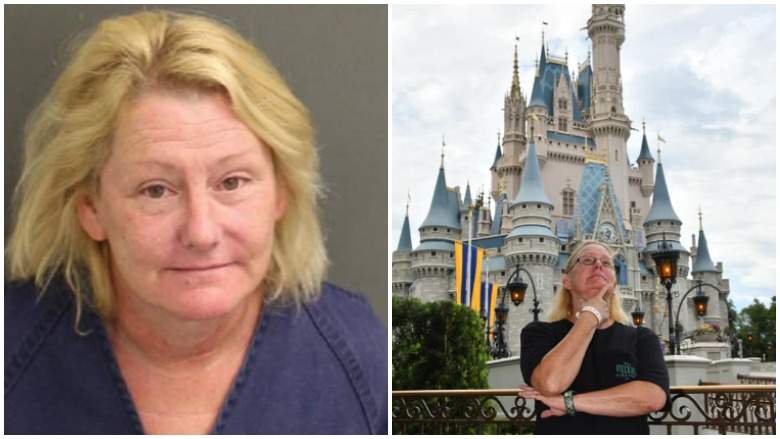 Drunk Florida woman, Ellen McMillion banned for life from Disney after fight with police, taxi driver over a cigarette

Orange County Sheriff’s Office detailed how a drunk woman, Ellen McMillion, at Disney’s Hollywood Studios repeatedly tried to slap a taxi driver because he didn’t have any cigarettes to give her, then kicked a deputy as she was being arrested, landing herself on Disney’s “banned for life” list.

McMillion, 53, of Brandon, Florida, was arrested at Disney’s Hollywood Studios Thursday and faces a felony charge of battery of a law enforcement officer and disorderly intoxication, a misdemeanor.

McMillion “was still yelling profanities as multiple adults and children walked by,” it also stated.

The report said that “McMillion was placed in handcuffs but deputies said she tried to pull away as they approached the patrol car. She then kicked a deputy in the leg at least twice while being placed in the back seat.”

Police desscribed McMillion as aggressive, belligerent, screamed and cursed at Disney security and sheriff’s deputies all while demanding a cigarette. The complaint reads this all occurred in front of adult and child Disney World visitors.

The report has confirmed that Disney banned her for life from “all Walt Disney World properties.”

Disney World stated that the park has “no tolerance for violence.”

Cigarette smoking down in the US: CDC