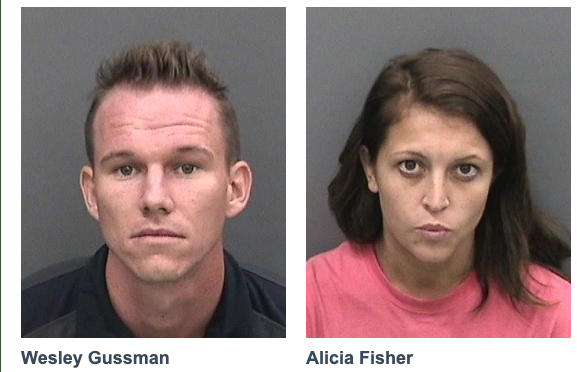 On Friday, the Hillsborough County Sheriff’s Office announced the arrests of Wesley Gussman, 24 and Alicia Fisher, 26 for burglary and other charges.

Detectives were able to link these crimes to Gussman and Fisher.

During post Miranda interviews, both suspects admitted to their involvement in the vehicle burglaries. A consent to search was obtained for Gussman’s bedroom and vehicle; multiple items taken during the burglaries were recovered.