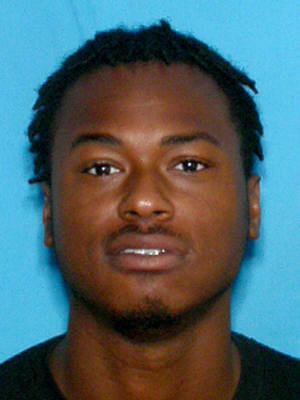 The Manatee County Sheriff’s Office has identified a suspect in connection with the murder of Joseph Allen, who was found dead alongside a road in Parrish. Police say the incident may have been instigated by a “messed up tattoo.”

Calloway was arrested in the Newtown area of Sarasota, less than two hours after the sheriff’s office publicly identified him as a suspect. The Sarasota County Sheriff’s Office assisted with the arrest, and took Calloway to the Sarasota County jail. He was held without bond.

“Jamal told (his cousin) he killed the victim because he messed up his tattoo,” homicide detective Rabun Moss wrote in the affidavit after an interview with the suspect’s cousin.
Allen had came to their home to tattoo Calloway, nicknamed “Balo” in a bedroom in the back of the house. Calloway’s cousin told detectives he left the house and, as he began to walk down the street to a friend’s house, he heard seven or eight gunshots.
That was around 1:45 a.m. The cousin confessed that he thought the shots were from his house, but he didn’t return home home for another 30 minutes, according to the sheriff’s office.
Calloway and Allen were gone when he the cousin returned home, finding blood in the bedroom and bullet holes in the bedroom and bathroom doors.
The unidentified cousin confessed to cleaning up the blood with a mop, towel and bleach and then put everything in a trash bag and left it by the door. He was unable to reach Calloway on his cell phone and, after cleaning up, he went to sleep on the couch, according to the report.

Detectives added that one of Allen’s shoes was found in a different bedroom and another shoe with blood splatter was found where the tattoo work had been done.

NOTE: The incorrect photo of Jamal Calloway was previously posted in error due to submission from official covering the case. Our apologies to Mr. Calloway.