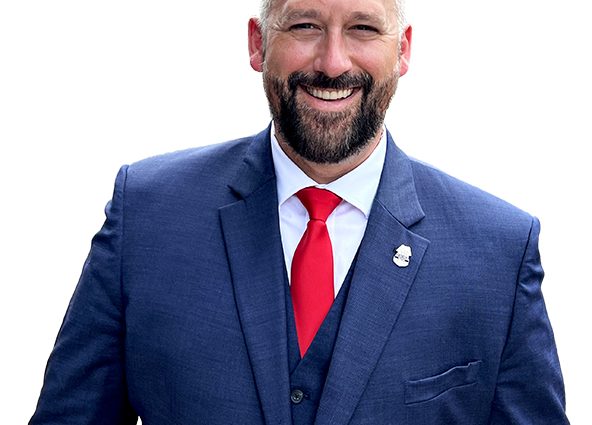 The Republican leader in the primary race for Florida’s 14th Congressional District was endorsed Tuesday by Roger Stone, the legendary Republican strategist and friend of former President Donald Trump.

Stone is a Republican consultant and strategist, described as the man who “made Donald Trump a political figure.” He was an advisor to President Trump during Trump’s successful 2016 election campaign. Stone has worked in politics since the 1970s, advising candidates at all levels of federal politics beginning with President Richard Nixon and having worked with every Republican president since then.

“James Judge is exactly who we need in Congress and the best choice I’ve seen in politics since President Trump,” said Stone. “He’s tough, savvy, and tenacious, and that’s the personality you need to have in order to thrive in Washington. Meanwhile, Kathy Castor is a filthy, political pig aligned entirely with Nancy Pelosi. Pelosi and Castor are both too busy slopping at the trough, lining their own pockets, as America decays. I have no doubt that James is the only Republican in the race who can make Castor afraid for her political life.”

Before Judge battles Castor, he must win his primary election on Aug. 23.

Judge’s primary opponent is a scandal-plagued multi-millionaire from South Florida who bought a house outside of Florida’s 14th Congressional District only weeks ago after initially declaring that he would run for Congress in Florida’s 15th Congressional District. That opponent and his campaign are currently being sued by the Democratic Party for alleged notary fraud, which could result in disqualification from the ballot.

“Roger Stone’s reputation precedes him,” Judge said. “He’s a world-famous political strategist who knows how to win. I’ve had the pleasure of getting to know Roger over the past year, and I’m honored to call him a friend and now a political mentor. His endorsement is yet another indicator of my campaign’s momentum, and I’m more optimistic than ever that I’m going to win this primary, and then defeat Kathy Castor in November.”

About James Judge:
Judge, who publicly announced his run for Congress earlier this year, is the only Tampa Bay area native running in the race, having been born in Clearwater, Florida. Judge graduated from Eckerd College in St. Petersburg and served in the U.S. Coast Guard in Operation Iraqi Freedom. Additionally, he served in Kabul, Afghanistan as a spokesman for the U.S. Department of Defense from 2010 until 2011. He now owns Judge Public Relations, a Tampa-based PR firm and marketing agency with clients worldwide.

Judge is married to his wife Danielle, who is also a small-business owner in Hillsborough County. The Judges are avid animal lovers and together, they have four dogs, three cats, two horses and 10 chickens. Judge is a proud member of the NRA, Veterans of Foreign Wars and the American Legion. The Judges are also active members at Idlewild Baptist Church in Tampa.