Tobe Hooper is no household name, but as the director of Poltergeist, he delivered the Steven Spielberg inspired film in 1982, arriving in theaters the same month as the classic E.T.

Centering around the Freeling family and the series of bizarre events, Poltergeist takes audiences through the experience of items moving around, spoons bending and ultimately, the full arrival of a supernatural takeover as young Carol Anne announces “They’re here!”

Whether it’s the clown doll, the lights in the closet, the hallucinations or just the fear of losing your child, Poltergeist jabs at your inner core of emotions to make you uncomfortable. The film’s tagline: “It knows what scares you.” is perfect.

Spielberg technically only produced the film, but a lawsuit was even filed to root out his role on the film as the creator of every storyboard and a constant presence on set.

The film has all of the window dressings of a Spielberg movie with the family themes, music, pop culture references and finely tuned humor to break up the tension.

At the core of Poltergeist is the mother and father’s love for their missing daughter and how they fight to find a way to rescue the child from unknown, and mostly unseen, forces.

While Poltergeist is certainly outdated in many ways, is was a very successful thriller then and now serves as a classic film, a perfect transitional film between PG material and darker, hardcore R-rated horror films.

The film earned acclaimed for the great sound editing, visual effects and score. Rubenstein’s “This house is clean.” is a memorable line, second only to the aforementioned announcement of the ghosts/spirits: “They’re here.”

A retrospective would not be complete without mentioning the rotating room stage with JoBeth Williams rolling in time to the movement to appear as though she’s being pulled up the wall and across the ceiling by the supernatural forces. This was a true feat for 1982.

Second is the destruction of the Freeling house at the end of the film. A 6-foot model, which took months to build, was sucked into a funnel using cable and a high powered vacuum. No CGI or computers here.

Enjoy a “Making of” featurette below. 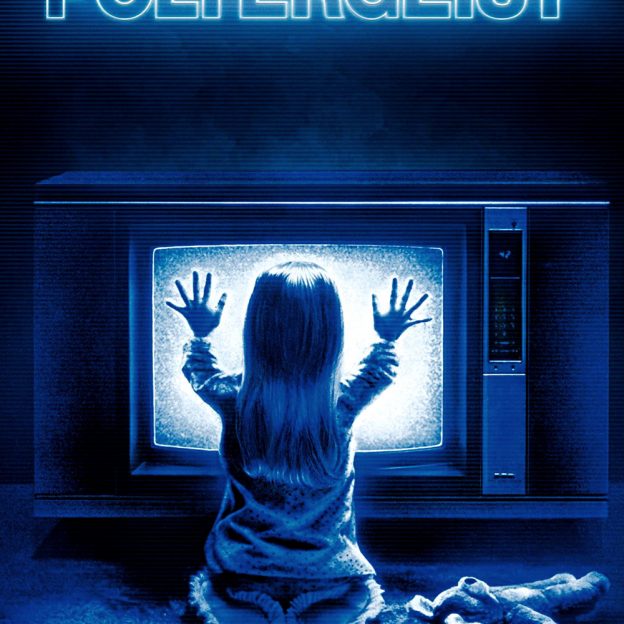