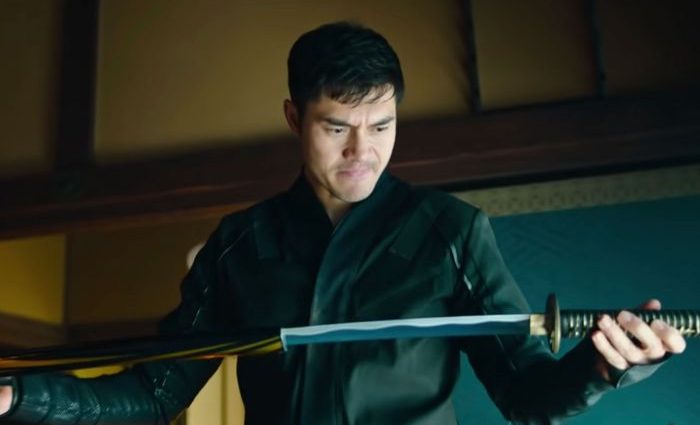 Imagine Paramount plucking a bland martial arts film about a man seeking to avenge his father’s death out of a pile of optioned scripts and assigning it to screenwriter Jonathan Lemkin to transform it into a G.I. Joe film and you can understand how Snake Eyes: G.I. Joe Origins was made.

Henry Golding (Crazy Rich Asians) stars as Snake Eyes, the mysterious sword wielding fan favorite G.I. Joe character. As a boy Snake witnesses his father’s murder after the killing rolls snake eyes on a pair of dice. Fast forward to the current version of Snake, working on a dock with an Asian gang of weapon smugglers when a fight results in Snake fighting for his life, saving the life of Tommy Arashikage, the local manager.

Tommy is really the head of family of ninjas protecting a magical stone. Snake has secret alliances, forced to steal the stone and betray Tommy, but Scarlett (Samara Weaving) and Baroness (Ursula Corbero) show up to spontaneously infuse Cobra and G.I. Joe references into the film.

Chaos and action sequences are thread around Snake’s journey to still get to avenge his father, even handing over the stone to the evil baddie, Kenta, played by Tahehiro Hira.

ALL MY THOUGHTS ARE BELOW IN THE VIDEO CLIP 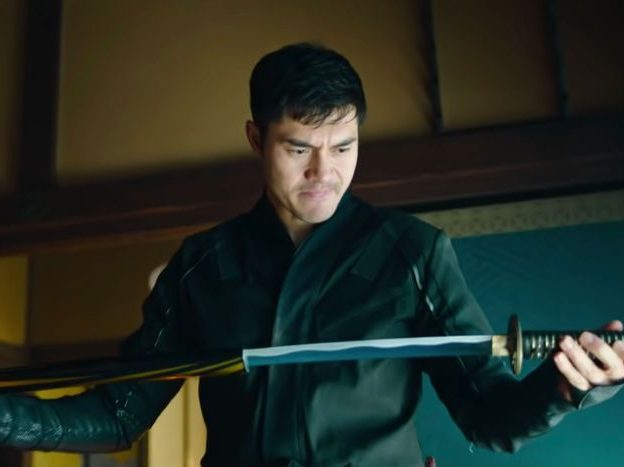 Henry Golding never dons the classic helmet and obviously talks throughout the entire film. The trailer spoiled that moment and the credit scene featuring Tommy’s self-identification as Storm Shadow.

Robert Schwentke directed Snake Eyes with a shaky cam and tons of edits, ruining the martial arts sequences and hand-to-hand combat. The film is a hollow imitation of interesting of a hero’s journey (NOT Golding’s fault) and pale excuse for a JOE film….sorry G.I. Joe fans.

Some fans may just enjoy the film, having no interest or allegiance to the JOE franchise, but this is NOT a jumping off point to spark a new string of films, which were rumored for years.