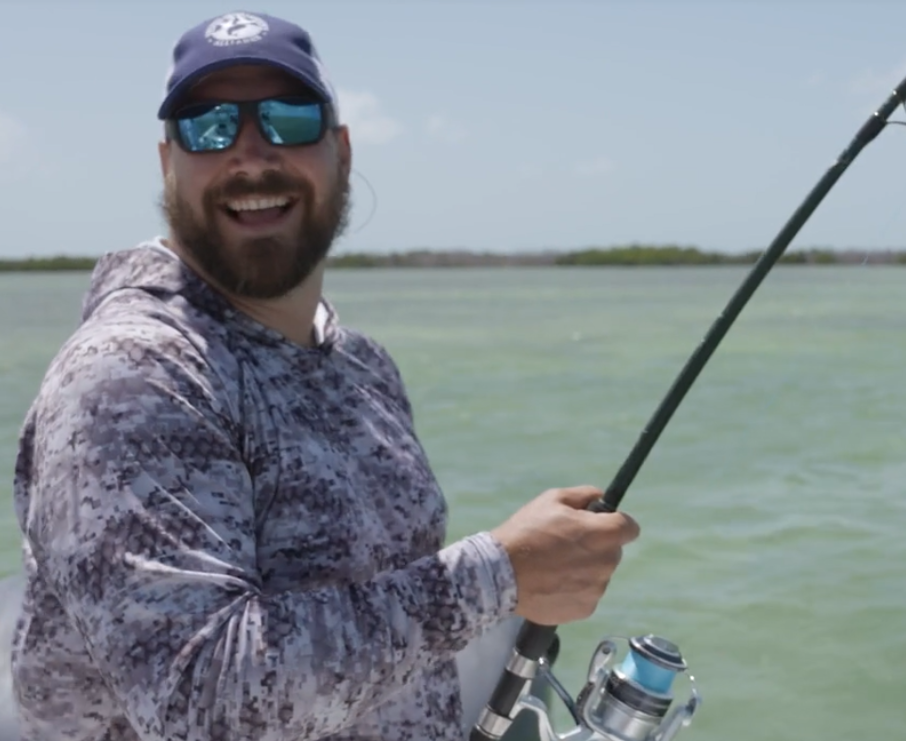 Skuta, along with the USA’s Forrest Parker, spends three action-packed days probing the reefs for snapper and grouper, diving for spiny lobsters, and outmuscling shallow-water sharks in the Sunshine State’s tropical keys.

Skuta grew up and started his football career in Michigan before joining the Cincinnati Bengals in 2009, racking up 76 tackles during the four seasons he played for the team. He moved to the San Francisco 49ers for two seasons, then to the Jacksonville Jaguars, and finally to the Chicago Bears before retiring in 2018.

A member of the NFL Players Association (NFLPA) and now a resident of St. Petersburg, Florida, the former pro spends his time enjoying the sunshine and saltwater. He also helps ensure others have the same opportunities by promoting conservation projects along Florida’s Nature Coast.

In 2019, Skuta and a few fellow NFLPA members helped celebrate the completion of an expansive fishing pier and boardwalk at the Suncoast Youth Conservation Center in Apollo Beach, Florida. The three-year project involved more than a dozen supporting partners and was built by union volunteers who donated more than 2,000 hours of skilled labor through the USA’s Work Boots on the Ground conservation program.

Catch every second of Skuta’s Florida Keys adventure on Brotherhood Outdoors when it airs on the Sportsman Channel Tuesday Dec. 15 at 4 p.m. Eastern with re-airings on Friday at 11:30 a.m., Saturday at 1:30 a.m. and Sunday, Dec. 20 at 11 a.m.

For a complete list of upcoming episodes, visit www.brotherhoodoutdoors.tv. To watch episodes from past seasons, visit www.myoutdoortv.com.