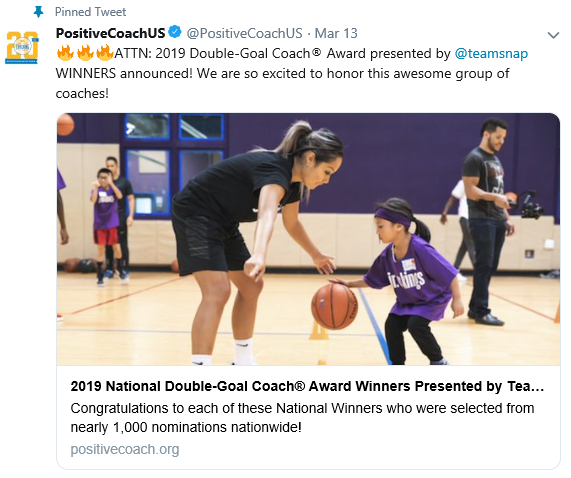 Harrison is one of 50 national recipients of the Double-Goal Coach® Award, named for coaches who strive to win while also pursuing the important goal of teaching life lessons through sports. The award includes a $200 prize, a certificate, and mention within the websites and newsletters of Positive Coaching Alliance (PCA), a national non-profit developing Better Athletes, Better People through youth and high school sports.

“Coach Harrison’s runners know that he will always be one-hundred percent honest with them,” says Michael Boza, Boys Cross Country Coach at H. B. Plant High School. “If they run poorly or lacked effort, Harrison will communicate to them in a matter-of-fact way without any yelling or shaming. His runners know that though his praise may be hard to earn, it is always one-hundred percent genuine.”

Harrison has coached cross country for 37 years, during which time he has helped guide H.B. Plant Girls Cross Country team to 11 state championships, “My favorite coaching memory is the moment they announced the score that [Plant] won our first state championship,” says Harrison. “I guess the first time of something affects you the most.”

During his tenure at H.B. Plant High School, his teams have qualified for the state championships 31 times, with 23 of those years having a team finish in the top five. Michael Boza says, “Coach Harrison’s teams have now won more championships than any other girls teams in Florida history. But, if you ask Harrison what makes him most proud, it is the growing number of doctors, lawyers, engineers, moms, and now even grandmothers, who once ran for his team and continue to make running and healthy living a priority in their lives.” Harrison has been awarded the Florida Athletic Coaches Association Coach of the Year 10 times and was tabbed “Coach of the Decade” for the 1990s by the Tampa Tribune.

“PCA-Tampa Bay is proud to recognize Roy Harrison as a local Chapter winner and also National Double-Goal Coach® winner,” said Mason Cathey, Executive Director of PCA-Tampa Bay, the local Chapter of Positive Coaching Alliance. “He is very deserving of this honor given to youth and high school sports coaches from throughout the U.S.”

Harrison will be honored in April at the National Youth Sports Awards & Benefit at Santa Clara University, California.