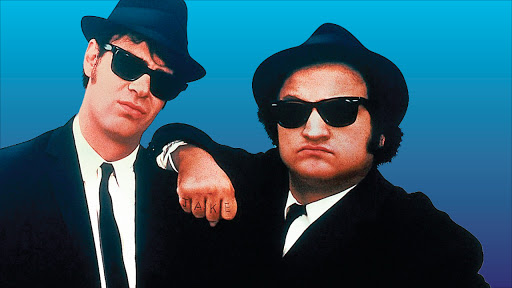 As movie theaters across the country make plans to safely re-open their doors, the 2020 TCM Big Screen Classics Series from Fathom Events is returning to welcome movie lovers back. Eleven unforgettable films are coming through the end of the year, with all previously slated events being rescheduled to the second half of 2020.

Comedy icons John Belushi and Dan Aykroyd star in the outrageously funny musical comedy The Blues Brothers. After the release of Jake Blues (Belushi) from prison, he and brother Elwood (Aykroyd) take their blues band back on the road in an attempt to raise money for the orphanage where they were raised. Havoc ensues as the brothers seek redemption on their “mission from God”. Directed by John Landis (National Lampoon’s Animal House), the soul-stirring comedy classic features musical performances by blues legends Ray Charles, James Brown, Aretha Franklin and Cab Calloway.

Grab your sunglasses and a fedora for this special event that includes exclusive insights from Turner Classic Movies.

Tickets and participating theaters will be available at www.FathomEvents.com. For specific safety precautions, please contact your local movie theater.

From the previous press release: “What better way to bring audiences back to cinemas than with some of the most beloved movies in Hollywood history,” said Fathom Events CEO Ray Nutt. “This line-up, paired with the extra precautions and practices our theater partners have put in place, is a fantastic way to show movie lovers the way back to cinemas.”