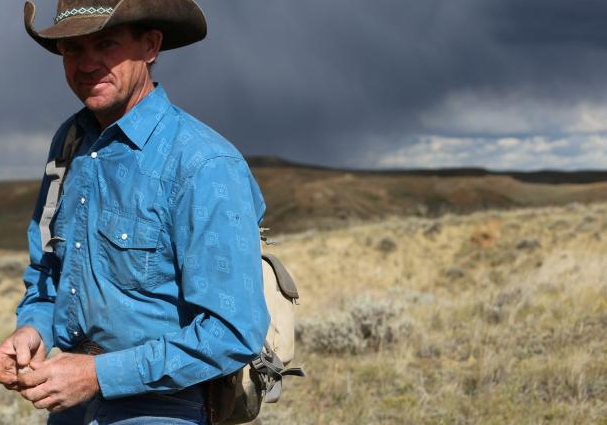 Across the West, the stage is set for a new type of gold rush: the hunt for prehistoric dinosaur fossils. In the badlands of Wyoming, Montana and the Dakotas, ranchers and cowboys are uncovering valuable dinosaur bones on their land and using the discoveries to help save their livelihoods. The stakes to advance the understanding of prehistoric creatures are high, and so is the possible payday as these fossils can be worth millions.
In the all new series DINO HUNTERS, cowboys and ranchers rely on their deep knowledge of the land to search for prehistoric dinosaur fossils – from T-Rexes and Triceratops to, excitingly, the historic discovery of contested species Nanotyrannosaur.Take a look at the video below to learn more about rancher Clayton Phipps’ exciting find.Join the dinosaur cowboys when the series premieres on Discovery on Friday, June 19th at 9P ET.