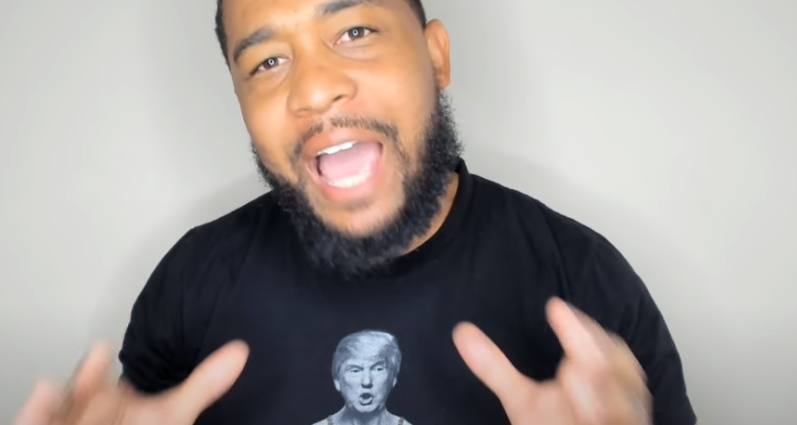 Tatum’s intense message to the audience centers around a call from his son to report a message on his Madden football video game.

The deep-rooted and systemic racial discrimination that is still unquestionably present towards the African-American/Black community is unacceptable. Racism, whether from an individual or an institution, should not exist in our society. We stand with all of our African-American/Black players, families, friends, colleagues, and partners in our commitment to fighting racism and social injustice.

Tatum attacks message, which he says is “propagating racial inequality in this country, racism in this country” and “complete lies and brainwashing.”

From Martin Luther King Jr. to his family structure, Tatum opens up about his personal experiences and those in the community.

“Most white people ain’t worried about you. Most black people really ain’t worried about white people,” Tatum says, after offering advice and attempting to drive his narrative of focusing on the individual, instead of the people “with a megaphone pushing an agenda for political purposes and not for the betterment of America and the betterment of individuals.”

“This is extremely troubling and racist, in my personal opinion,” he says, criticizing the programmed perspective of how blacks are being told to view white people.

Tatum, who is a former Tucson Police Officer and current host of The Brandon Tatum show on KTAR 92.3, has become one of the most prolific speakers and exciting personalities on social media.

EA Sports sent out an alert to users about their messaging and mission to support Black Lives Matter and fight against racism.

“We’re constantly taking action to maintain a culture of inclusion,” began a statement posted to Twitter last week. “Toxic behavior changes and evolves rapidly and we recognize that we need to do more to actively monitor and remove those individuals who perpetuate racist, xenophobic, homophobic or sexist behaviors in our games.”

“But we won’t stop at these actions because we know we need to do better,” the statement continued. “We will keep listening and continue to take steps that can make an impact in fighting bias, discrimination and injustice. We are also reviewing the policies and steps we can take across our entire portfolio of games and we will share more with you in the coming weeks.”