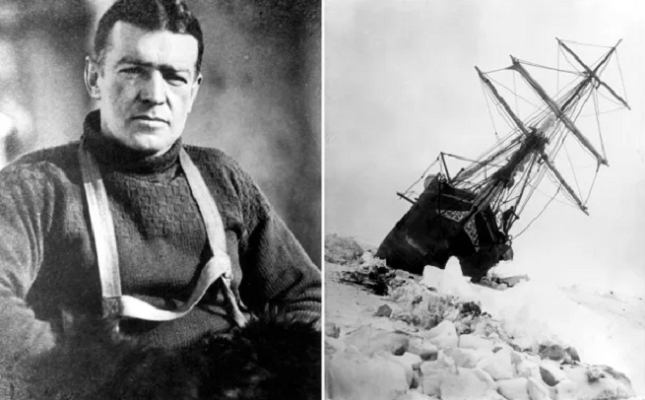 The Endurance, the ship of British explorer and World War I veteran Ernest Shackleton, was found off the coast of Antarctica in the Weddell Sea, preserved by the icy waters

Over 100 years after it went missing, crashing in 1915, the Endurance was located by a team of marine archeologists and scientists, with the name still visible on the side.

“This is by far the finest wooden shipwreck I have ever seen. It is upright, well proud of the seabed, intact, and in a brilliant state of preservation,” said Mensun Bound, one of the directors of the mission.

Once thought lost to ice, the Endurance was located with submersibles, after efforts by the Falklands Maritime Heritage Trust and the S.A. Agulhas II, a logistics ship. The submersibles would, for several hours at a time, search the seafloor for any objects around where the archeologists believed the ship might have went down.

“The water was as clear as distilled water, with a visibility of 30 meters at least. It felt like time travel,” historian Dan Snow said.

“We hope our discovery will engage young people and inspire them with the pioneering spirit, courage and fortitude of those who sailed Endurance to Antarctica. We pay tribute to the navigational skills of Captain Frank Worsley, the Captain of the Endurance, whose detailed records were invaluable in our quest to locate the wreck,” he said.

A documentary about the expedition to find the lost ship is expected to be aired in the fall of 2022 by National Geographic.

Shackleton and his crew was forced to abandon the Endurance when it was stuck in the ice as the explorer was attempting to reach the South Pole.

He and his crew survived by floating on large sheets of ice before making it to Elephant Island. They lived off penguin and seal meat, and had to eat their dogs while on the island, located in the South Shetland Islands.

They group traveled 800 miles in a whale boat to South Georgia Island, making it off the island four months later. Shackleton later died in 1922.