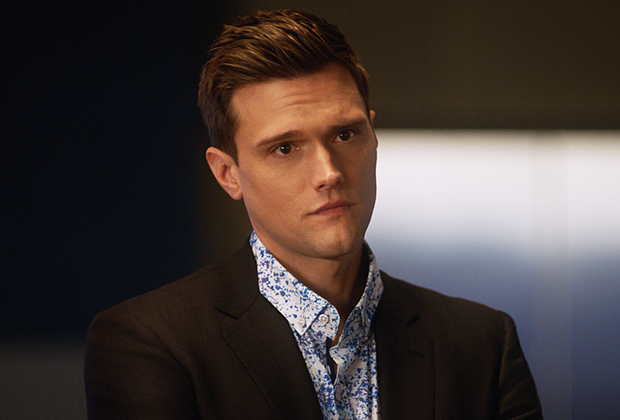 Hartley Sawyer will not be returning to The Flash as Ralph Dibny/Elongated Man, fired from the CW series over “derogatory remarks that target any race, ethnicity, national origin, gender, or sexual orientation.”

Sawyer apologized for these Tweets which sparked outrage.

In 2012 Sawyer wrote “The only thing keeping me from doing mildly racist tweets is the knowledge that Al Sharpton would never stop complaining about me.”

These remarks were all before joining The Flash 2017, becoming a regular a year later.

Sawyer issued an apology on Instagram, saying in part, “My words, irrelevant of being meant with an intent of humor, were hurtful, and unacceptable. I am ashamed I was capable of these really horrible attempts to get attention at that time. I regret them deeply. This was not acceptable behavior. These were words I threw out at the time with no thought or recognition of the harm my words could do, and now have done today.”

The past caught up to the 2020 social justice warriors.

“In regards to Mr. Sawyer’s posts on social media, we do not tolerate derogatory remarks that target any race, ethnicity, national origin, gender, or sexual orientation,” reads a statement from The CW, producers Warner Bros. TV and Berlanti Productions, and Flash showrunner Eric Wallace, cited by THR. “Such remarks are antithetical to our values and policies, which strive and evolve to promote a safe, inclusive and productive environment for our workforce.”

Wallace separately made an additional statement via Twitter, saying that Sawyer’s comments “broke my heart and made me mad as hell,” indicative as they are of “the larger problem in our country. Because at present, our country still accepts and protects the continual harassment — unconscious or otherwise — terrorizing and brutalizing of Black and Brown people, which is far too often fatal. That’s why our country is standing up once again and shouting, ‘ENOUGH!’ and taking to the streets to bring about active change.”

In 2018, ABC canceled its Roseanne revival after star and executive producer Roseanne Barr posted a tweet comparing former Obama White House adviser Valerie Jarrett to an ape while under the influence of Ambien.

Kevin Hart was dropped as host of the 2019 Oscars after a series of homophobic tweets from several years earlier surfaced.

Last fall, Saturday Night Live hired comedian Shane Gillis as a recurring player, then fired him after racial and homophobic slurs he made on a podcast came to light.

James Gunn was fired from Guardians of the Galaxy Vol. 3 for this Twitter remarks, then went over to Warner Bros to helm The Suicide Squad, but is back at Disney after his hiatus.

My statement regarding Hartley Sawyer and THE FLASH. pic.twitter.com/hni0MxOWZU