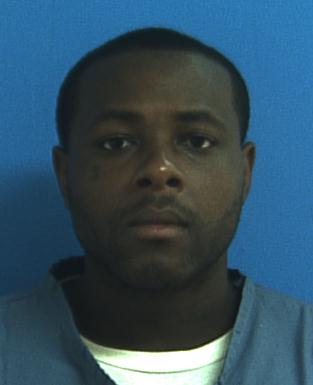 U.S. District Judge Roy B. Dalton has sentenced Lascelles Peter Francis, III (30, Daytona) to 15 years and 10 months in federal prison for possessing methamphetamine with the intent to distribute it and possession of a firearm in furtherance of a drug trafficking crime.

According to court documents, on October 28, 2020, Francis sold approximately 4.8 grams of methamphetamine and a handgun to a confidential informant in the Daytona Beach area. At the time of the offense, Francis had multiple prior felony convictions, including aggravated assault with a dangerous weapon, aggravated assault on a law enforcement officer, and selling methamphetamine within a 1,000 feet of a park.

“Reducing violent crime and protecting the public we serve is a priority for ATF,” said ATF Special Agent in Charge Craig W. Saier. “We will continue to work vigorously with our law enforcement partners to make sure that violent career criminals in possession of firearms are prosecuted to the fullest extent of the law.”

This case was investigated by Bureau of Alcohol, Tobacco, Firearms and Explosives and the Daytona Beach Police Department. It was prosecuted by Assistant United States Attorney Amanda Daniels.

This case was prosecuted as part of the joint federal, state, and local Project Safe Neighborhoods (PSN) Program, the centerpiece of the Department of Justice’s violent crime reduction efforts. PSN is an evidence-based program proven to be effective at reducing violent crime. Through PSN, a broad spectrum of stakeholders work together to identify the most pressing violent crime problems in the community and develop comprehensive solutions to address them. As part of this strategy, PSN focuses enforcement efforts on the most violent offenders and partners with locally based prevention and reentry programs for lasting reductions in crime.