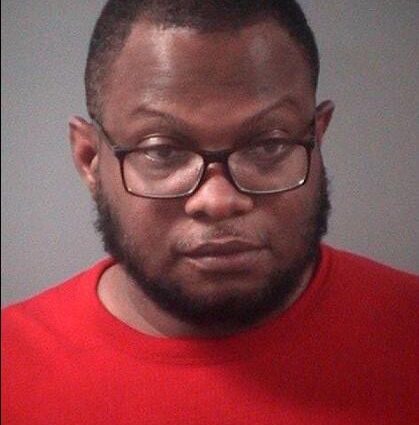 UPDATE: The discovery of four bodies, including a baby and a teen, in Canada near the U.S. border in what’s believed to be a failed crossing attempt during a blizzard has led to the arrest of Steve Shand.

“The investigation into the death of the four individuals in Canada is ongoing along with an investigation into a larger human smuggling operation of which Shand is suspected of being a part,” John Stanley, a special agent with Homeland Security Investigations, said in court documents.

A woman stopped breathing several times as she was transported to hospital. Court documents said she will require partial amputation of her hand. A man was also hospitalized for frostbite but was later released.

RCMP Assistant Commissioner Jane MacLatchy told a news conference in Winnipeg Thursday that once Mounties were notified the family may still be in Manitoba officers immediately began to search the area.

After a difficult search in nearly impassible terrain, she said officers found three bodies together — a man, a woman and a baby — just 10 meters (33 feet) from the border near Emerson, Manitoba. The search continued and a teen boy was found a short distance away. It is believed they died from exposure.

“It is an absolute and heartbreaking tragedy,” MacLatchy said.

According to court documents, on January 19, 2022, law enforcement agents with U.S. Immigration and Customs Enforcement’s (ICE) Homeland Security Investigations (HSI) responded to a request for assistance from the U.S. Border Patrol (USBP) based out of Pembina, North Dakota. USBP initiated a traffic stop on a white-colored, fifteen passenger van less than one mile south of the U.S./Canadian border in a rural area between the official ports of entry located at Lancaster, Minnesota and Pembina, North Dakota.

The driver of the vehicle was identified as Steve Shand, 47, a U.S. citizen. Law enforcement asked for identification of the two passengers in the van and determined them to be undocumented Indian nationals.

According to court documents, law enforcement discovered cases of plastic cups, bottled water, bottled juice, and snacks located in the extreme rear of the passenger van. Law enforcement also discovered receipts dated January 18, 2022, for the drinks and snacks, and rental agreement receipts in Shand’s name for the van, with the return date listed for January 20, 2022.

USBP arrested Shand for smuggling undocumented foreign nationals. While Shand and the two passengers were being transported to the Pembina Border Patrol Station in North Dakota, law enforcement encountered five additional Indian nationals approximately a quarter mile south of the Canadian border walking in the direction of where Shand was arrested.

They appeared to be headed to an unstaffed gas plant located in St. Vincent, Minnesota. The five Indian nationals explained that they had walked across the border expecting to be picked up by someone. The group estimated they had been walking around for over 11 hours. One of the group members was in possession of a backpack that did not belong to him. He stated he was carrying the backpack for a family of four Indian nationals that had earlier walked with his group but had become separated during the night.  The backpack contained children’s clothes, a diaper, toys, and some children’s medication.

According to court documents, later during the day on January 19, 2022, USBP received a report from the Royal Canadian Mounted Police that four deceased individuals were found just inside the Canadian side of the international border. The deceased were tentatively identified as the family of four that was separated. Two of the surviving Indian nationals sustained serious injuries and were transported to a hospital.

“HSI was deeply saddened to learn of this tragedy.  We send our condolences to the family of those who lost their lives,” said acting Special Agent in Charge Jamie Holt of HSI St. Paul. “These losses could have been prevented were it not for individuals concerned more for their own greed rather than the safety of others.  HSI remains committed to working with our law enforcement partners, and utilizing our unique investigative authorities, to bring to justice those responsible for tragedies like this.”

Shand is charged with one count of knowing or in reckless disregard of the fact that an alien had come to, entered, or remained in the United States in violation of law, having transported, and moved or having attempted to transport and move such aliens. He made his first appearance today before U.S. District Court Magistrate Judge Hildy Bowbeer. Shand was ordered to remain in custody pending a preliminary and detention hearing, currently scheduled for January 24, 2022, at 3:00 p.m. before Magistrate Judge Bowbeer.

This case is the result of an investigation conducted by Homeland Security Investigations with assistance from U.S. Customs and Border Protection.

Assistant U.S. Attorney Laura Provinzino is prosecuting the case Homeland Security Investigations (HSI) is a directorate of U.S. Immigration and Customs Enforcement (ICE) and the principal investigative arm of the U.S. Department of Homeland Security, responsible for investigating transnational crime and threats, specifically those criminal organizations that exploit the global infrastructure through which international trade, travel, and finance move. HSI’s workforce of over 10,400 employees consists of more than 7,100 Special Agents assigned to 220 cities throughout the United States, and 80 overseas locations in 53 countries. HSI’s international presence represents DHS’s largest investigative law enforcement presence abroad and one of the largest international footprints in U.S. law enforcement.