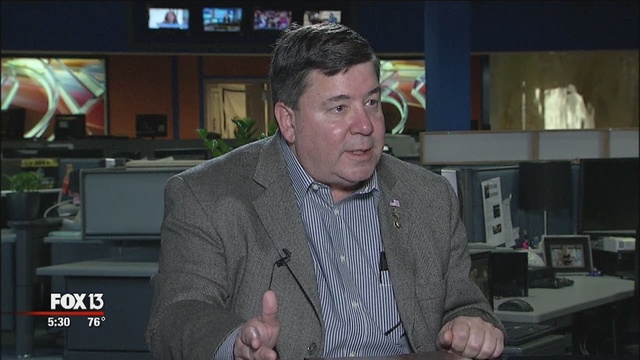 Waurishuk shared an article about former PresidentBarack Obama’s statements on the protests calling them “a real turning point” in the fight for police reform, claiming his post was not aimed at all protesters, just “violent hard core radical political left extremists.”

“Every American better wake up. If we loose (sic) this country you will loose (sic) your life. If you’re a Republican, Conservative, Democrat Trump supporter, etc. — you will be murdered. You will be dragged from your burning home and be beat to death. This is a fact. This what they stand for,” Waurishuk wrote about protesters.

The post claimed Obama admitted “that the coordinated mayhem was all about energizing their base to get out the vote … by any means necessary.

“This leaves no doubt remaining that the Progressive Political-left Commies are willing to destroy and kill to achieve their goals,” Waurishuk wrote

Members of the GOP are now calling for Waurishuk to resign from within his own party.

“It seems there was no purpose to that post,” former Hillsborough County Republican Party Chair Deborah Tamargo said. “How does this address issues we’re dealing with today?”

She called his comments “heartbreaking.”

Waurishuk has a long history of heated posts, criticized by the Creative Loafing (a liberal publication), listing examples: an image of three nooses, along with the words “Noose flash: treason still punishable by death,” and a comment from the chairman that read “Need some hangin’s.”

On Nov. 10, Waurishuk posted an image of a baseball cap with the phrase “Make hanging traitors great again.”

On Nov. 7, Waurishuk posted “There is a precedence” with a black and white photo of an actual lynching. The photo caption read: Treason: The hangings of the conspirators against President Abraham Lincoln 1865.”

On July 21, Waurishuk posted an image of an electric chair, with the caption “If we want to make America Great Again We Will Have to Make Evil Fear Punishment Again.”

On May 17,  Waurishuk posted an image of public lynching, with the words “Would you support… the public hanging of treasonous politicians” with the chairman adding “Support? Hell I expect this to happen!!!”