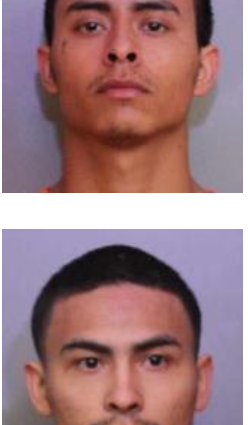 The Polk County Sheriff’s Office announced the arrest of 18-year-old Angel Lobato and his brother, 19-year-old Jo “JoJo” Lobato, both of Lake Wales for the killing of 21-year-old Danne Frazier.

Danne Frazier was reported missing to the Lakeland Police Department around 12:00 p.m. (noon) on November 4, 2020. Frazier’s mother reported to LPD that he got off work from the Publix warehouse in Lakeland around 2:00 a.m. that morning, but had not been answering his phone all day. She also reported suspicious activity on his bank account later that day.

During the missing person investigation, LPD detectives developed the brothers as persons of interest in his disappearance, related to the suspicious bank activity. When Frazier was still considered a missing person, his car was stopped by Flagler County Sheriff’s deputies. The driver (JoJo) fled the scene on foot. Angel was in the passenger’s seat. Angel denied knowing who was driving the car. Flagler County deputies contacted the Lakeland Police Department and informed them that they had possession of the car, and gave them the passenger’s name, Angel Lobato.

Frazier’s body was found in unincorporated Polk County on November 10, 2020, and his death was ruled a homicide. The car was turned over to PCSO at that point once the case became a homicide investigation.

Crime Scene Investigators processed the car, and several spots of blood were found inside and outside. The glass on the driver’s side was cracked from inside. More blood and some of the victim’s clothing was located inside the trunk.

PCSO detectives developed probable cause to arrest the Lobato brothers in the theft of Frazier’s car, among other related crimes. They obtained warrants for the Lobatos’ arrests.

As previously released, Frazier’s body was found in an orange grove on Helicopter Road in Lake Wales (cross street, Tindel Camp Road) approximately 150 feet west off the roadway, by a man who was hired to survey the property. It was obvious he had suffered extreme trauma, and it was apparent that he was the victim of a homicide. The autopsy was performed on Friday, November 13, 2020. Frazier had a skull fracture, and a broken piece of knife blade in his neck.

On November 14th, PCSO received an anonymous tip that the Lobato brothers were inside a truck parked at an auto parts store on SR 60 in Lake Wales. They responded to the area, and took the brothers into custody for their warrants.

After their arrests, they confessed to a coordinated and planned attack which included robbing and then killing Frazier.