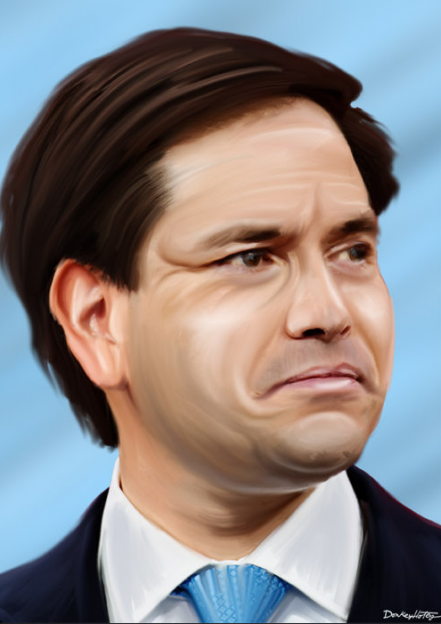 The Free Enterprise Project (FEP) has endorsed the Mind Your Own Business Act of 2021, introduced today by U.S. Senator Marco Rubio. The Act empowers shareholders to restrain corporate executives who make business decisions according to their own political preferences rather than doing what is in the financial best interest of the company.

“We heartily endorse Senator Rubio’s efforts,” said Scott Shepard, FEP director at the National Center for Public Policy Research, in response to the announcement. “This is an important first step toward reining in the most aggressively politicized American corporations.”

Specifically, the Mind Your Own Business Act would shift the burden of proof to executives to demonstrate that an action is in the long-term best interest of the company if that action falls within an established range of politicized considerations, or is promoted by those executives as arising from political, social or other concerns not central to the long-term financial interests of the company.

“If [corporations] really believe that being woke is good for business, they should have to say so – and prove it – under oath in court,” Rubio wrote in a FOX Business op-ed published today introducing the legislation. Appearing on the Fox Business Network program “Mornings with Maria,” Rubio added that corporations would thus be “acting in the interest of [their] shareholders, not just kowtowing to pressure from China, or pressure from the woke and cancel culture in America.”

Shepard explained why this bill is particularly important in today’s business climate:

Increasing numbers of corporate executives have indulged their own personal policy preferences at company – shareholder – expense, taking controversial, inflammatory and oft-times discriminatory and illegal positions on behalf of their companies. They sometimes claim that these actions are justified because the actions will, in some hazy way, redound to the corporations’ pecuniary benefit at some distant or unspecified time. But in the rare instances that they provide any evidence to support those claims, the evidence is itself so biased, nonobjective and incomplete as to underscore – rather than ameliorate – the fundamentally non-pecuniary nature of the actions taken. In other instances, corporate executives have justified their use of corporate assets to advance their personal policy preferences with claims that some group of stakeholders (e.g., employees, customers) have “demanded” that the action be taken. These justifications are pretextual on their face. Various constituencies demand all sorts of things that business owners rightly ignore. In acceding to only some demands, the executives are employing their own policy preferences. Moreover, these executives make no effort to poll (in safe and unbiased conditions) their stakeholders to ascertain those stakeholders’ genuine interests and then to establish policy that genuinely and fully reflects that whole panoply of interests. Instead, they amplify the demands that suit their preestablished personal policy preferences, while suppressing dissent in many ways.

All of this has to stop. The left and the right should be able to agree that no one wins if corporate executives are permitted to abandon their obligations to shareholders in order to act as unelected, unappointed policy czars. Senator Rubio’s legislation should sound as a fire bell in the night to those executives.

National Center Executive Vice President Justin Danhof, Esq., who directed FEP for nine years, applauded Senator Rubio for swimming against the tide. “There are very few leaders willing to stand up to the corporate elites who are corrupting our culture with all manner of woke policy positions and corporate posturing meant to please the Davos crowd,” said Danhof. “That’s what makes Senator Rubio’s actions stand out, and why conservatives, particularly conservative investors, should laud this legislation. “Far-left CEOs such as Apple’s Tim Cook, BlackRock’s Larry Fink and Bank of America’s Brian Moynihan have used their lofty positions to promote all sorts of left-wing policies that advance their worldviews but that are completely divorced from their obligations to investors,” Danhof continued. “Today marks an important step in upending that corrupt paradigm.”

2021-09-23
Previous Post: Where is the anti-war LEFT calling Biden a ‘War Criminal’? This is NOT ‘tragic,’ it was MURDER
Next Post: Governor Ron DeSantis: ‘We should be doing everything we can to get patients monoclonal antibody treatments, not cutting allocations of treatment like the Biden Administration has done’