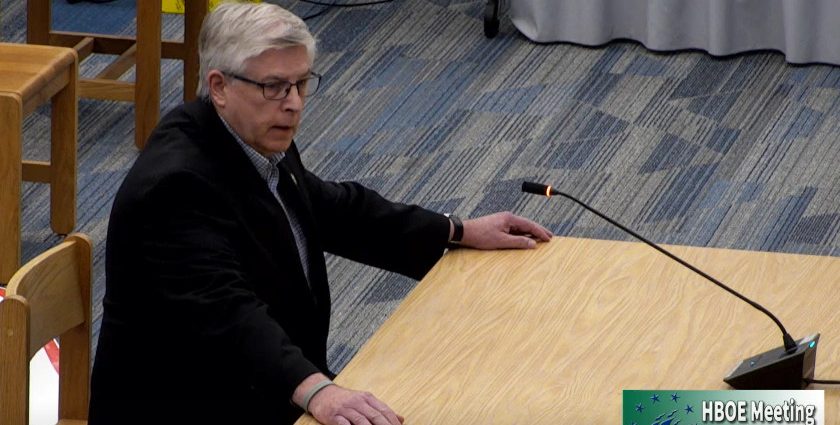 The mayor of Hudson, Ohio, is calling for the resignation of the entire Board of Education after high school seniors were assigned a controversial book with writing assignments that asked them to describe sexual experiences, to pretend they were a serial killer and to describe the taste of beer.

“It has come to my attention that your educators are distributing what is essentially child pornography in the classroom,” Mayor Craig Shubert said Monday at a board meeting.

“I’ve spoken to a judge this evening, she’s already confirmed that. I’m going to give you a simple choice: either choose to resign from this Board of Education or you will be charged,” Shubert continued.

CHECK OUT THE NEWS TALK SEGEMENT BELOW

The book prompting a reaction was a book titled “642 Things To Write About” that was given to seniors taking a college credit course at Hudson High School.

David Zuro, the board’s president, said Wednesday that no member has indicated any intention to resign.

“While we respect the Mayor’s position within the City of Hudson, in accordance with the State laws of Ohio, the supervision of the public schools of this District is the responsibility of the Board of Education,” Zuro said in a statement.

Some of the writing prompts from the book were: