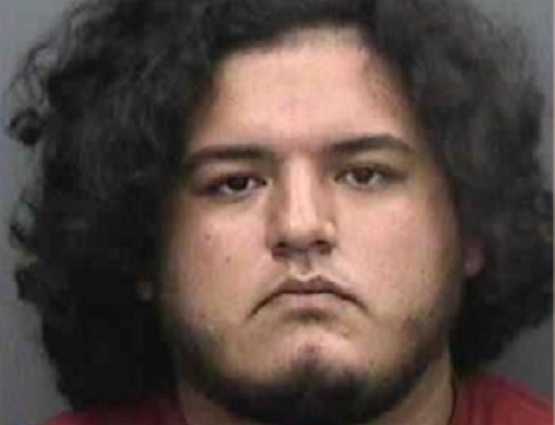 Banda, 21, hid from police in the crowd of peaceful protesters at the gathering held at the RaceTrac gas station on James L. Redman Parkway. It was noted that he was wearing a face covering.

Police posted a video and short statement on Facebook to refute the allegations by Banda surrounding his arrest: “HCSO has learned that associates of Ozzy have been spreading misinformation regarding the incident and his arrest. To confirm why he was arrested, HCSO is releasing video footage that shows Ozzy in the act. He is charged with Inciting to Riot and Battery on a Law Enforcement Officer.

“The moment someone tries to incite violence, it is our duty to do everything we can to protect the public and our deputies,” said Sheriff Chad Chronister. “Throwing objects at deputies in an effort to harm them is unacceptable, and anyone caught doing so will be punished to the fullest extent of the law. The Hillsborough County Sheriff’s Office respects the rights of people to peacefully protest.” #teamHCSO #sheriffchadchronister

Banda turned himself in at Orient Road Jail on Friday. He faces charges of rioting or inciting to riot and three counts of battery on a law enforcement Officer.