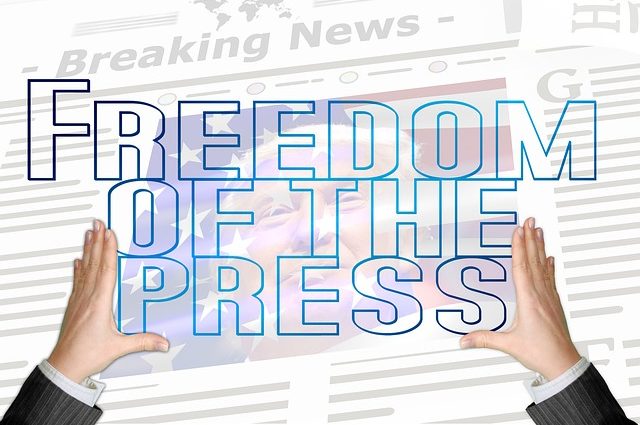 The COVID-19 pandemic has affected much more than health around the globe–country after country is facing a disastrous economic situation is one example.

Reduction of civil liberties is being seen rampant in countries that say they protect such liberties.

According to Reporters without Borders (RSF), press freedom and freedom of expression is being seen in a number of countries in yet another government overreach.

The coronavirus health crisis has aggravated all other crises and has had a particular impact on journalism and the right to information,” said Christophe Deloire, secretary-general of Reporters Without Borders (RSF). “The worst regimes have resorted to all means at their disposal to crack down even harder and, when these prove insufficient, they have brought in new ones using the excuse of an emergency or exceptional circumstances. It is now time to put an end to such exceptional measures urgently and to unshackle information!”

Some examples cited by RSF include the following, covering a range of restrictive procedures, from minor obstacles to custodial prison sentences:

Some countries, such as Honduras, took steps straightaway to limit freedom of expression, others (Brazil) to curb access to information or its publication, although some have since been rolled back, as is the case in Hungary. Prime Minister Viktor Orbán brought in emergency coronavirus legislation allowing him to rule by decree for an indefinite period and setting a sentence of five years’ imprisonment for publishing false information. The law is due to be repealed around 20 June.

In El Salvador, Thailand and Armenia, curbs on journalists’ movements, the imposition of a curfew and of tracking mechanisms were causes of concern and were ultimately scrapped. Some governments, such as Namibia, used the opportunity to restrict attendance at press conferences.

Elsewhere, access to information was strictly controlled. Bangladesh’s Bangabandhu Sheikh Mujib Medical University, the country’s only medical school, published a memo to teachers, doctors and staff banning them from speaking to the media on any health matter without prior permission. The memo said they must refrain from tarnishing the image of the government and universities.

This is just a small sample.