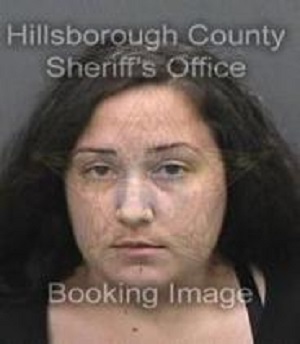 Kimberly Fleer (27, Seffner) has pleaded guilty to distributing fentanyl to an individual, causing that individual’s death. Fleer faces a mandatory minimum sentence of 20 years, and up to life, in federal prison. A sentencing hearing has not yet been scheduled.

According to the plea agreement, on November 2, 2019, in Seffner, Florida Fleer distributed narcotics to an individual who injected the narcotics and died. Family members later found the individual and immediately called 911. The Hillsborough County Sheriff’s Office responded, found two syringes as well as three baggies containing fentanyl near the victim’s body, and also recovered the victim’s cell phone.  Text messages on the phone and surveillance footage confirmed Fleer had distributed narcotics to the victim that day, shortly before he died.

On November 5, 2019, Fleer sent a text message to a third party in which she stated, “a dude od on my stuff today n im extremely worried n trynna cover my tracks,” demonstrating she was aware the victim had died because of the narcotics she sold him.  Nevertheless, she continued to distribute fentanyl, including to an undercover detective the same day she sent that message, as well as again on November 8, 2019.

Later on November 8, 2019, HCSO detectives made contact with Fleer while she was attempting to distribute fentanyl to the passenger in her vehicle.  Detectives interviewed the passenger, who admitted she was there to buy narcotics from Fleer. Detectives located four plastic ring bags containing a white powder in the passenger side front door and another bag in the driver’s side front door handle. The bags tested positive for fentanyl. Law enforcement also recovered Fleer’s phone, which contained text messages she exchanged with the victim to arrange selling him drugs on the day he died.

The Hillsborough County Medical Examiner’s Office conducted an autopsy and determined the victim’s cause of death was intoxication from the combined effects of fentanyl and other substances. The toxicology report revealed that the level of fentanyl in the victim’s blood was 0.053 mg/L, roughly ten times a fatal dose.

This case is part of the Middle District of Florida’s anti-opioid strategy to combat opioid trafficking and abuse. This case was investigated by the Hillsborough County Sheriff’s Office, with assistance from Hillsborough County Medical Examiner’s Office. It is being prosecuted by Assistant United States Attorneys Diego F. Novaes.