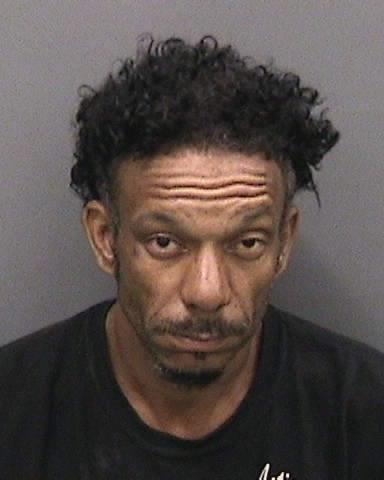 On Monday, Tampa police arrived on scene of an intrusion alarm at Advance Auto Parts at 1717 N. 50th St.

Upon arrival, the officer spotted the suspect, 37-year-old Leonard Henry inside the store.

Henry saw the officer and threw a large pair of channel lock pliers through the front door with enough force to shatter the glass and strike the officer in the face. The officer immediately requested assistance and kept the doors covered so Henry could not escape.

Additional officers arrived providing medical attention and establishing a perimeter. MPO Coyman deployed K9 Jagger inside the business. Jagger located Henry hiding at the top of a storage shelf in the warehouse area. Henry continued resisting arrest until he was ultimately taken into custody.

The injured officer was treated at Tampa General Hospital, where she received 8 stitches over her left eye and was released.

Henry was transported to booking, charged with Aggravated Battery on a Law Enforcement Officer, Possession of a Controlled Substance, Burglary, and Criminal Mischief.