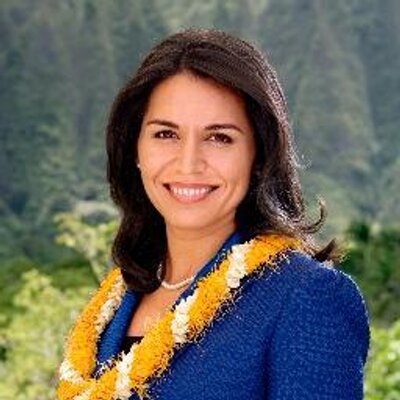 On Friday, Reps. Tulsi Gabbard (HI-02) and Thomas Massie (KY-04) introduced H.Res.1175, a resolution that defends the freedom of the press, noting that newsgathering activities and news organizations ability to acquire and publish information are protected under the First Amendment. The resolution calls for the United States to drop all charges and efforts to extradite Julian Assange.

“Freedom of the press is a vital function of a free democracy in which the government is accountable to the people. Julian Assange published information that exposed lies and abuses of power at the highest levels of our government. His indictment under the Espionage Act sends a chilling message to every member of the media and all Americans,” said Rep. Tulsi Gabbard. “U.S. government prosecutors now claim that any journalist or news organization that publishes classified material is liable to prosecution under the Espionage Act — which would have led to the indictment of the Washington Post for the publication of the Pentagon Papers. The Federal government’s prosecution of Julian Assange sets a dangerous precedent.  All extradition efforts and charges under the Espionage Act against Julian Assange must be dropped now.”

“At a time when government officials claim the right to perform warrantless surveillance upon all American citizens, there is an urgent need to zealously guard freedom of the press and to demand government transparency and accountability.  The ongoing attempts to prosecute Julian Assange threaten our First Amendment rights, and should be opposed by all who wish to safeguard our constitutional rights now and in the years to come.  I join my colleague, Congresswoman Tulsi Gabbard, in calling for an immediate end to all charges against Mr. Assange,” said Rep. Thomas Massie.

GOV. DESANTIS ANNOUNCES LAW ENFORCEMENT PROTECTION ACT, ‘I WILL NOT ALLOW THIS KIND OF VIOLENCE TO OCCUR HERE IN FLORIDA’

2020-10-04
Previous Post: St. Petersburg man, Sanchesz Maultsby, arrested for lewd and lascivious battery on a 13-year-old girl
Next Post: Who is Mike Perotti? A legacy of serving Tampa working for all people