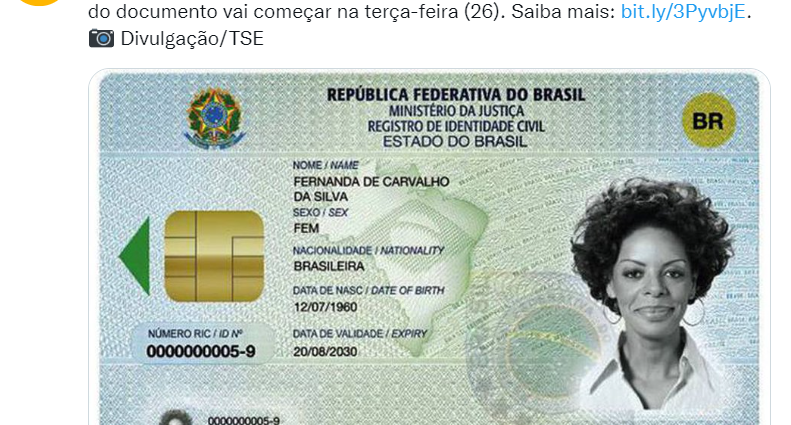 The new national identity card will begin to be issued next week. The document will adopt the registration number in the Cadastro de Pessoas Físicas (CPF) as a general, unique and valid registration for the entire country. 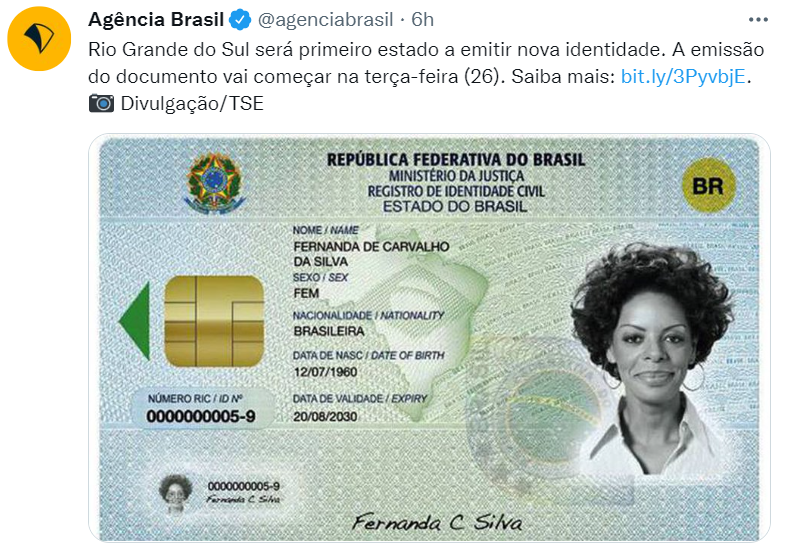 The new identity comes with a QR Code that can be read by any appropriate device, such as a smartphone – which will allow electronic validation of its authenticity, as well as knowing if it has been stolen or misplaced.

This new version of the identification document will also serve as a travel document, due to the inclusion of an international standard code called MRZ, the same used in passports.

So far, however, Brazil only has agreements for the use of identity documents at immigration posts with Mercosur countries. For other countries, the passport remains mandatory.

The new ID will be valid for 10 years for people up to 60 years of age. For those over 60, the old RG will continue to be valid indefinitely.

According to the Ministry of Economy, “at this first moment, new identities will only be issued to citizens who have the information in the CPF according to their updated certificates. Citizens who do not have or have incorrect information on the CPF may use the remote service channels of the Federal Revenue Service to resolve their situation. In the future, the civil identification bodies themselves will make new registrations and updates to the CPF”.

The information on the CPF can be updated free of charge on the Internet, on the Federal Revenue website . Depending on the situation, it may be necessary to send documents to the IRS via email.

The first National Identity Cards (CIN) will be issued in Rio Grande do Sul, starting next Tuesday (July 26).

In the following days, it will be the turn of the civil identification agencies in Acre, Distrito Federal, Goiás, Minas Gerais and Paraná to start issuing the new document. According to the Federal Revenue, in the other states there is still no forecast for the start of the issuance.