An email to students discussing George Floyd’s criminal record proved to be the trigger prompting the Archdiocese of Boston to force Daniel Moloney to resign from his chaplain role at the Massachusetts Institute of Technology.

Students and alumni complained that Moloney, a Catholic priest, should not have brought up Floyd’s past in discussing his death.

“George Floyd was killed by a police officer, and shouldn’t have been,” Moloney wrote in his June 7 email to the Tech Catholic Community, a group of Catholic students on campus.

“He had not lived a virtuous life. He was convicted of several crimes, including armed robbery, which he seems to have committed to feed his drug habit. And he was high on drugs at the time of his arrest. But we do not kill such people. He committed sins, but we root for sinners to change their lives and convert to the Gospel,” the priest wrote.

In an email to student and faculty leaders June 12, Nelson wrote Moloney’s message “contradicted the Institute’s values” and “was deeply disturbing” and that “by devaluing and disparaging George Floyd’s character,” Moloney did not “acknowledge the dignity of each human being and the devastating impact of systemic racism” on “African Americans, people of African descent, and communities of color,” The Tech reports.

The Archdiocese of Boston told Moloney to resign from his role as chaplain at the school on June 9, according to the Boston Globe.

Terrence Donilon, a spokesman for the archdiocese, told WBZ-TV “While Fr. Moloney’s comments should not reflect on the entirety of his priestly ministry, they nonetheless were wrong and by his resignation he accepts the hurt they have caused.”

Moloney told the Boston Globe on June 16, “I regret what happened, I regret it was misunderstood, I regret that [it] became difficult for me to be a voice for Christ on campus.” 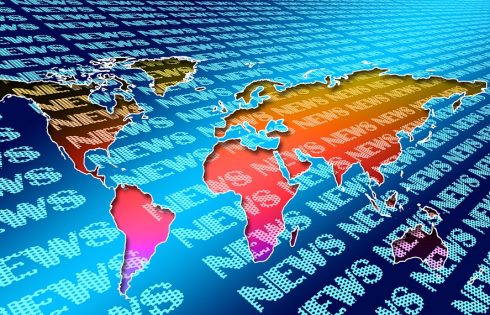 My brothers and sisters in Christ,

It pains me not to be able to preach at a time like this. The Gospel says one thing, and everyone else is saying partial truths, at most. George Floyd was killed by a police officer, and shouldn’t have been. He had not lived a virtuous life. He was convicted of several crimes, including armed robbery, which he seems to have committed to feed his drug habit. And he was high on drugs at the time of his arrest. But we do not kill such people. He committed sins, but we root for sinners to change their lives and convert to the Gospel. Catholics want all life protected from conception until natural death. The police officer who knelt on his neck until he died acted wrongly. I do not know what he was thinking. The charges filed against him allege dangerous negligence, but say nothing about his state of mind. He might have killed George Floyd intentionally, or not. He hasn’t told us. But he showed disregard for his life, and we cannot accept that in our law enforcement officers. It is right that he has been arrested and will be prosecuted.

In the wake of George Floyd’s death, most people in the country have framed this as an act of racism. I don’t think we know that. Many people have claimed that racism is major problem in police forces. I don’t think we know that. Police officers deal with dangerous and bad people all the time, and that often hardens them. They do this so that the rest of us can live in peace, but sometimes at a cost to their souls. Some of them certainly develop attitudes towards the people they investigate and arrest that are unjust and sinful. We should pray that never happens, but we can see how it does. Many parts of our country have been experiencing a five-year crime wave, providing some context for why the police are trained in aggressive tactics. In 2019, 150 police officers were killed in the line of duty by the violent men they were trying to arrest. That number should be zero, we can all agree. But that context does not justify being overly aggressive — their public trust requires that they exercise great restraint. Criminals have human dignity, too. That’s why we Catholics are asked to work to abolish the death penalty in this country.

Today tensions are high, with charges of racism flying over social media, and countercharges of agreeing with domestic terrorists flying back. People are unfriending and cancelling each other. I hate this. Racism is a sin, as the Catechism says (#1937). So is rash judgment (#2478). Solidarity with our fellow human beings is “a direct demand of human and Christian brotherhood… sealed by the sacrifice of redemption offered by Jesus Christ on the altar of the Cross to his heavenly Father, on behalf of sinful humanity.” (#1939). Our solidarity with one another is deeply frayed now. Everything we say (or don’t say) is treated with suspicion, rather than charity.  I hate this too. I’ve talked to multiple people in the Boston area who want the protests here to stop because they are afraid of more riots and looting. I’ve talked to others who want everyone to join the protests, but are uneasy about having police present. One group says that, of course racism is bad, but the riots are really bad — 18 people have been killed, including one police officer. Others say racism is what’s really bad — look at all the victims of police aggression — and to bring up the riots is to distract from the good the protests are trying to achieve. Still others are upset that all this talk about racism has pushed violence against women, institutionalized sexism, and other types of injustice out of the national consciousness. Everyone’s mind is made up, everyone’s angry with each other — even though everyone says they’re opposed to injustices and sins. In a different moment, people strongly opposed to public violence, racism, and sexism would admire each other, despite their different emphases.

Cardinal Sean has released two statements, one a week ago and one on Friday. I wrote something that, were we able to celebrate Mass together, might have been my homily for this week, a week which saw the feast of the Ugandan martyrs bookended by the Solemnities of Pentecost and The Holy Trinity. Members of the TCC have decided to append the Chaplet of Divine Mercy to the weekly Zoom rosary on Fridays, to pray for God’s “mercy on us and on the whole world.” The problems we face are the result of sin, as I said above. And the only way to conquer sin is with prayer, grace, and holiness, by which the Holy Spirit brings us more deeply into Christ’s New Covenant with the Father.

Blessed are the peacemakers, our Lord tells us. May we all be counted among them.

Author of the new book, Mercy: What Every Catholic Should Know