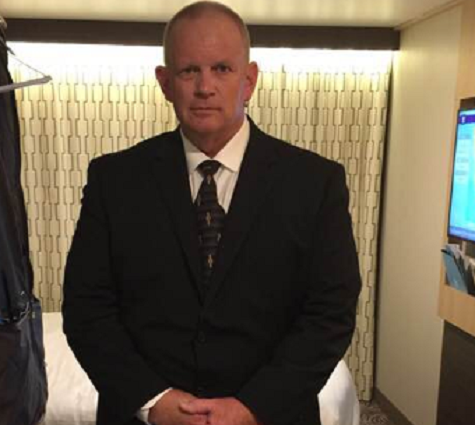 Petaluma police identified the man and woman found dead Thursday morning at a Petaluma home in the San Francisco area as Debbie Ann Passanisi, killed by her husband, Mark Richard Passanisi, in a murder suicide.

Debbie, 54, had been shot more than once and was found in a common area of the home in the 1600 Block of Shenandoah Court, Petaluma police said.

Mark, 56, died of a single gunshot wound and was found in a bedroom with a pistol near his body.

“It’s not a case where they decided together to do this,” Lt. Ed Crosby said to press, noting how Debbie was struck more than once by gunfire and in another part of the house.

“There was no forced entry, no sign of a robbery. There is no evidence at this point to suggest any third party was responsible for this,” Crosby said.

The couple was found Thursday morning by their daughter, calling police at 9:53 a.m.

The couple had two adult daughters and a son who live in Petaluma and the Bay Area, and a large extended family throughout Sonoma County and the greater Bay Area.

Police had no record of problems at the house, off Sonoma Mountain Parkway and Rainier Avenue.

“Of course there may have been problems between them that we don’t know about,” Crosby said.

Autopsies on the couple are scheduled for next week. Anyone with information on the deaths is asked to contact the Petaluma Police Department at (707) 778-4325.