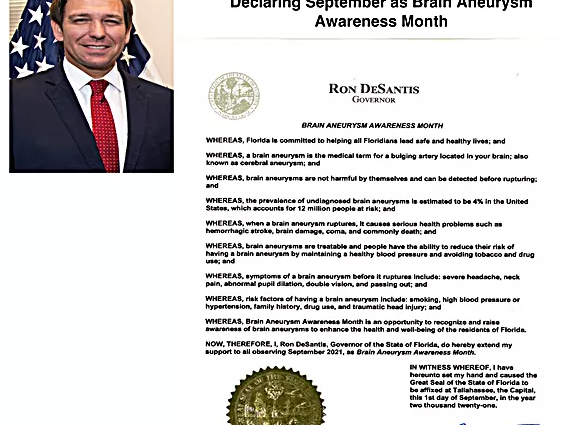 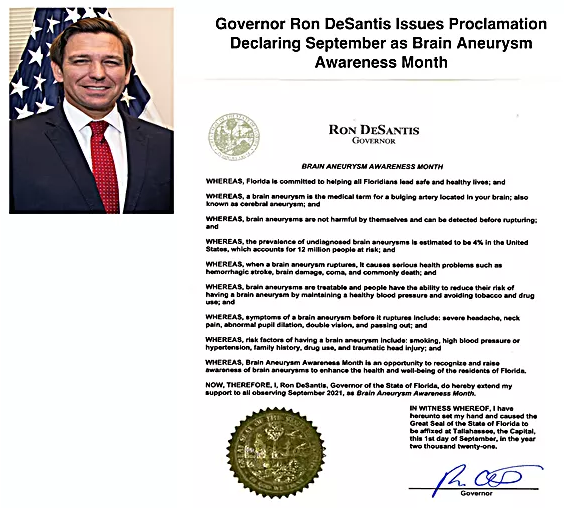 “We are honored that Governor DeSantis has issued the proclamation for Brain Aneurysm Awareness Month,” said Olivia Hoblit, President and Founder of the Trinity Love Hoblit Foundation. “Compared to other conditions like cardiac arrest and stroke, most people have little awareness about the signs and symptoms of a brain aneurysm.  Just like a heart attack or a stroke, a ruptured brain aneurysm is a medical emergency that requires immediate treatment. Awareness is the beginning of prevention, and we are tremendously grateful to Governor Ron DeSantis for his support in spreading awareness across Florida.”

The Governor’s proclamation shares important statistics about brain aneurysms, including the following: