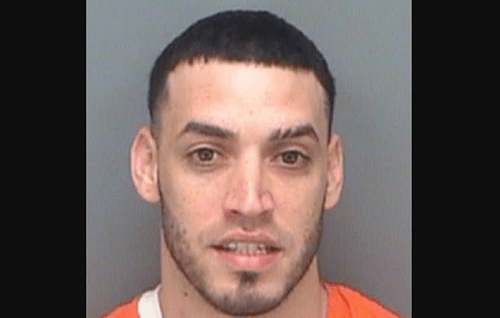 A federal judge sentenced a Tampa man to 11 years and 3 months in federal prison for sex trafficking of minors, according to the U.S. Attorney’s Office for the Middle District of Florida.

Luis Berrios-Trinidad, 30, of Tampa, was also ordered to forfeit a Glock 19 9mm handgun and cellular phone, both of which were used during the commission of the offenses. Berrios-Trinidad pleaded guilty Jan. 30.

According to court documents, in May 2019, Berrios-Trinidad began communicating with undercover law enforcement agents regarding the commercial sex trafficking of underage girls. Berrios-Trinidad represented that he had access to girls ranging in age from 14-17 years old, and that the price per girl was between $160-180 an hour.

On June 6, 2019, Berrios-Trinidad arranged to bring two underage females to a hotel for a “sex party” with adult men. On that evening, he arrived with two girls, ages 14 and 17. Once inside the hotel room, Berrios-Trinidad was arrested and the victims were rescued.

“Two young girls were saved from a life of human trafficking with this investigation,” said Homeland Security Investigations Tampa Assistant Special Agent in Charge Michael Cochran. “HSI agents will continue to uncover, dismantle and disrupt human trafficking, around the globe, and right here in our own communities.”

From the previous release:

On May 23, Homeland Security Investigations agents engaged in undercover communications with Berrios-Trinidad regarding his representations that he was offering underage girls for sex acts in exchange for money. From May 23 to June 6, agents continued to communicate with Berrios-Trinidad and ultimately set up a meeting with him.

On June 6, Berrios-Trinidad brought two minor girls, a 15-year-old and a 17-year-old, to a Tampa-area hotel for the express purpose of engaging in commercial sex acts with the undercover agents, who were posing as adult male customers, officials said. Shortly after his arrival at the hotel, Berrios-Trinidad was arrested and the two girls were taken into protective custody.