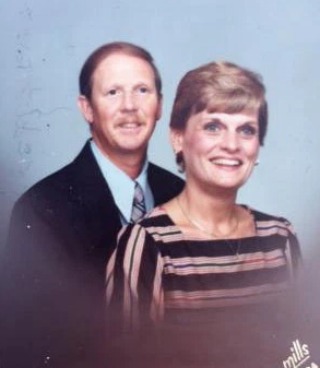 The man suspected in the deadly Winter Haven home invasion has died, the Polk County Sheriff’s Office said. Ricardo Garcia Gomez broke into the home of Paul McLees and Mary McLees, threatening the pair with a knife to get into their safe.

McLees, 78, opened the safe, pulled the gun from inside and shot Gomez. Deputies said that the two struggled, Mary was shot twice. Gomez presumably wrestled the gun away from McLees and shot the man. Paul McLees was pronounced dead at the scene.

Polk County deputies detailed that the shooting occurred around 3:30 p.m at the Laurel Oak Drive home in the Winter Haven Oaks mobile home park . Mary, 72, managed to flee and called the police for help who found the two men in the couples’ bedroom. Gomez, 25, was transported to a local hospital for treatment. He later died from his injuries, deputies said.

Mary McLees was released from the hospital Saturday after being treated for her two wounds. She was struck by bullet fragments on her left knee and grazed by a bullet on her right foot, according to PCSO.

Investigators say they are unsure why Gomez chose to rob the McLees home.

“At 78 years old, Paul McLees was willing to give his life to protect his wife and stop a robber and that robber won’t ever rob anyone else,” said Judd.

Judd went on say that Gomez lived closed to the neighborhood where the crime took place, and walked there. He seemingly chose the home he targeted to rob at random.

Mary McLees shared a photo of her and her late husband with deputies and media.

She said that although this portrait is several years old, it is one that she wanted to share of them together. They got married when they were 19, they had two children.

According to investigators, Gomez had previously been arrested by Winter Haven Police for shoplifting in 2009, by Lake Wales Police in 2009 DUI, resisting arrest and disorderly public intoxication, and Polk County deputies three times in 2010 for trespassing, violation of probation, driving with a suspended license and harassing a working police dog.

Gomez also had one prior arrest in Hillsborough County in 2014 for battery domestic violence and resisting arrest.