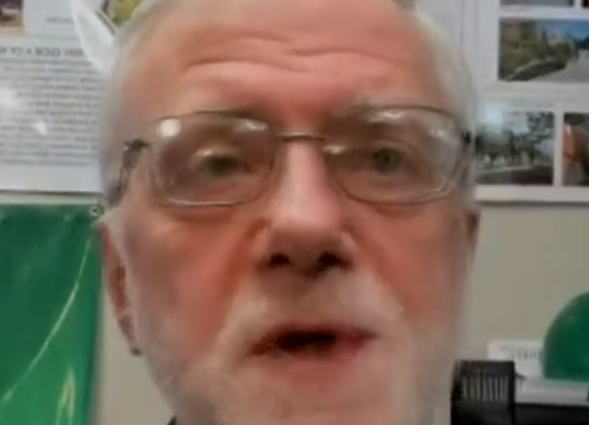 On Saturday, Green Party Presidential candidate, Howie Hawkins did a ~45 minute interview and answered questions from C-SPAN callers and one caller asked him–What are your thoughts on nuclear energy as a clean solution?

Hawkins reply was this– “It is dirty, dangerous and uneconomical. It has been the most unsuccessful industrial enterprise we had since World War II.

“Insurance will not insure it, so we have the Price Anderson Act.  We have nukes in upstate New York Excelon wanted to shut them down because they were not making money so the state suffered to the tune of $8 billion to keep them open calling it carbon free energy.

“South Carolina received loan guarantees from the Obama Administration, all of those projects except two have been shut down because of cost overruns and overtime on construction.

“They are in trouble, this is not a viable option.

“For the same money we might spend on nuclear power, we can spend on solar and wind energy.”