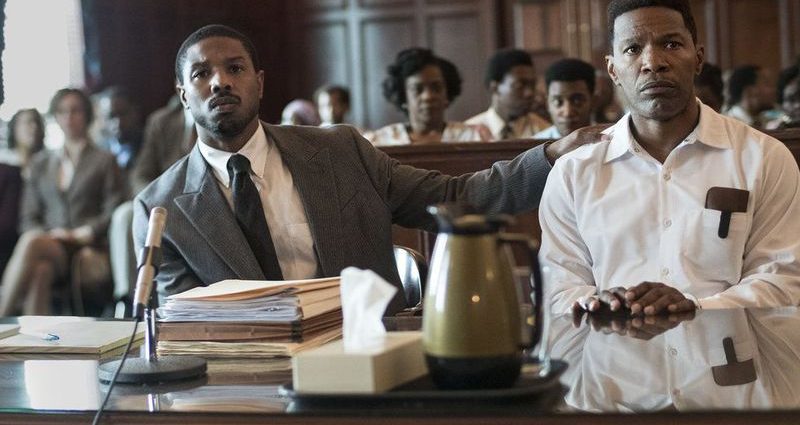 JUST MERCY is more of a pro-life, anti-death penalty film than a lecture on systemic racism

Jordan stars as Stevenson, ripe from his Harvard graduation, headed to Alabama in 1986 to help fight for African-Americans who cannot afford proper legal representation on death row. Teaming with Eva Ansley, played Brie Larson, they face an uphill battle in the southern state.

The Alabama legal system operates with racist leaders and overtones, tragically leading these men to the electric chair. Just Mercy chronicles the McMillian case and Stevenson’s journey to find justice.

Jordan and Foxx are truly awesome with several great scenes together. Larson and the rest of the is serviceable, but Cretton keeps the lawyer and his client in the nucleus of the plot.

Cretton benefited from Just Mercy‘s success and depth, landing the Shang-Chi film with Marvel, set to become a much bigger household name.

Just Mercy is billed as message or awakening on the systemic racism in America, portraying two worlds: one for whites and one for blacks.

During the film, Whites in Alabama behave horribly from the beginning, with a guard requiring a strip search of Stevenson on his first visit to death row, the District Attorney just ignoring the lack of evidence to move forward in the case and the local authorities harassing a witness into abandoning his testimony.

Some white officers pull Bryan over in the dark of night, put a gun to his head without any cause or warrant and an appeals case is just dismissed by entirely ignoring new evidence.

That said, Just Mercy is a film about subtle contrasts and America evolving away from this behavior.

One that this striking is the scene where Stevenson meets with the family and friends about the Johnny D. and how it illustrates how far America has come in race relations since 1986.

Sure, there is a long way to go and the recent George Floyd murder proves there are still monsters who have no regard for human life, but there are glimmers of hope with successful African-Americans excelling beyond the oppression of society, including this all-star cast.

Another incredible moment, a pro-life moment, is the climax to the Herbert Richardson (Rob Morgan) scene, when he announces he’s received his execution date. Herbert is riddled with guilt and admits he’s responsible for a person’s death, but prisoner’s response is “That doesn’t give them the right to kill you back.”

Church members everywhere would and should yell out a “Hallelujah.”

The true message of Just Mercy arrives in that first meeting during Bryan and Johnny D. as Bryan says “There’s always something we can do. Whatever you did, your life is still meaningful.”

All life has meaning.

This anti-capital punishment and death penalty theme is largely lost in the racial overtones hyped by the media and critics.

The film captures benevolence of white people supporting Bryan, with Eva at his side or a white prison guard who sees Walter’s treatment as evil and finds small acts of kindness in this horrific prison life.

I was struck by the real Equal Justice Initiative photo in the credit where whites were alongside their black brothers and sisters to fight for justice. We’d come along way since 1986 and while we still have much to learn and change, Just Mercy should help see that clearer. 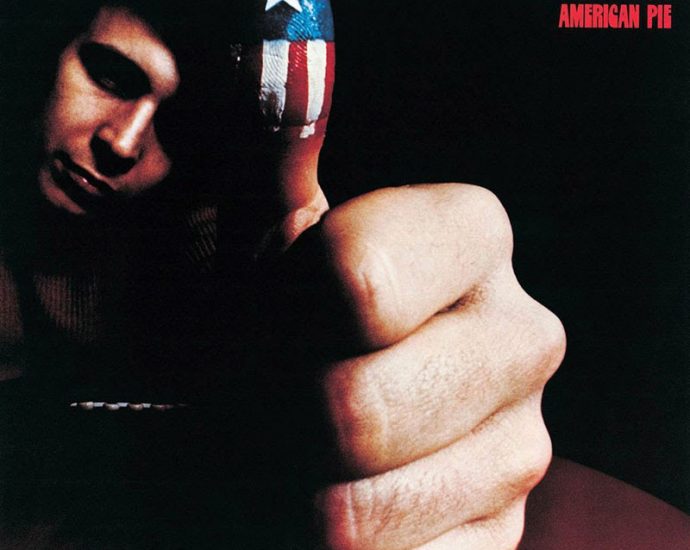