In the wake of the Rayshard Brooks shooting at the Wendy’s restaurant on University Avenue on Friday night, police are now seeking the arsonist behind the destruction of this Wendy’s. Police released a body cam clip from the Brooks incident, dividing America further.

The Atlanta Police Department and Atlanta Fire Rescue Department are looking for help identifying an arson suspect who they is responsible for the Wendy’s fire. They identified the person as a woman and shared the pictures below. Crime Stoppers of Atlanta are offering a $10,000 reward.

Anyone with information can provide an anonymous tip and be eligible for the reward money by calling 404-577-TIPS (8477) or submitting information online at https://atlantapolicefoundation.org/programs/crime-stoppers/. 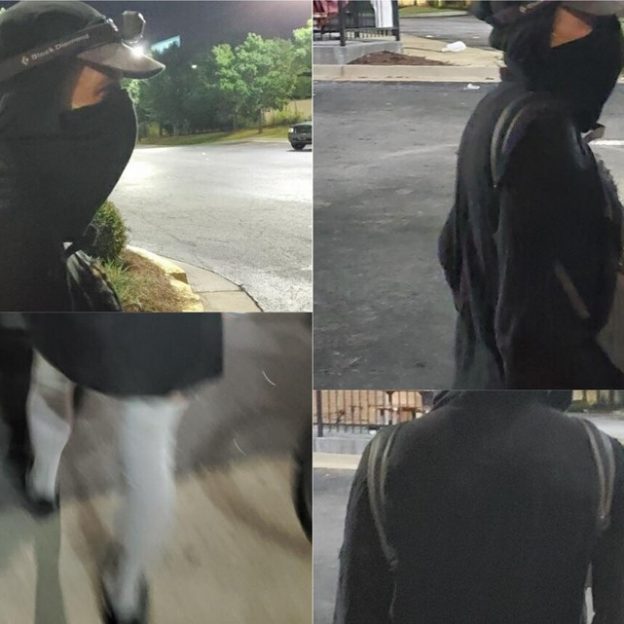 According to Atlanta Fire Department spokesperson Sgt. Cortez Stafford, arson investigators with the fire department were on scene at the Wendy’s on University Avenue with the ATF (Bureau of Alcohol, Tobacco and Firearms) on Sunday morning.

He said they “could only do so much,” because protesters were still there.

Stafford said department officials are aware of viral videos of a potential individual involved in setting the blaze, but they have no suspects or names at this time.

The death of Brooks has also added more fuel to ongoing protests against police brutality, which have been ongoing in the city since the death of George Floyd at the hands of police in Minneapolis.

Brooks, 27, was killed after police said he pointed a police taser at one of the officers as he resisted arrest.

2020-06-14
Previous Post: Thousands rally and protest in peaceful Black Lives Matter and Back the Blue marches
Next Post: THE GOOD, THE BAD, AND THE UGLY: A masterpiece, best Western of All-time